Lure of football proved too strong for Gary 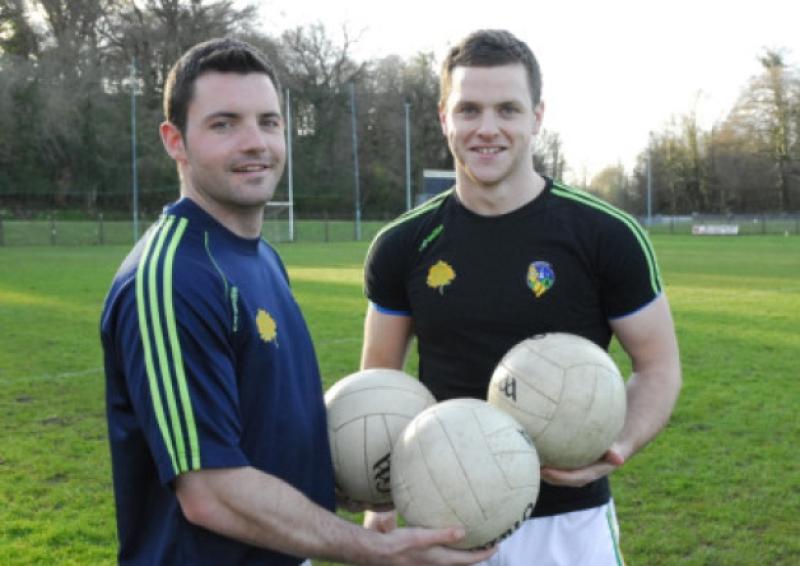 The lure of wearing the Green & Gold jersey might not seem like much to those from outside Leitrim but that pull was more than enough to see Carrigallen’s Gary Reynolds return to the county panel after a year spent travelling the world.

The lure of wearing the Green & Gold jersey might not seem like much to those from outside Leitrim but that pull was more than enough to see Carrigallen’s Gary Reynolds return to the county panel after a year spent travelling the world.

With thousands of young Irish people making their way around the world, Gary admitted ahead of next Sunday’s clash with New York that the thrill of playing championship football was always going to bring him back home.

“I was gone for about 12 months, a great experience,” recalls Gary, “I felt it hard to leave but there was a couple of people going and I was let go from job in MBNA when it was put up for sale. I had nothing on the horizon jobs wise and Ciaran Flynn and Dermot Reynolds were going as well, I decided to join in.

“I was gone for a week short of 12 months, a great experience but while I was away, I was tuned into every ball that was kicked back home.”

But Gary’s travels came with a high price as he missed Leitrim’s historic qualifier victory over Wicklow last Summer – “I was in Boston the time we beat Wicklow, I was raging to the extent I had played five or six years and I hadn’t won a qualifier game and the one year I miss, we won.

“I was delighted for the lads, I was in Boston having the time of my life but I was wishing i was in Pairc Sean that evening, it seemed to be a great atmosphere.”

When it is put like that, it is no surprise to learn that Gary rejoined the panel the minute he got home – “Stuff like that while I was away real drove me to come home. You can say I’m a big family man as well but I have to admit, and people can laugh at me if they want, football was the main reason I came home, I missed it so much.

“I’m a proud Leitrim man, to come home and represent them again was something I wanted to do the minute I left the country. I’m glad I did it, it was one of the best years of my life and it has given me that extra hunger.”

New York marks Gary’s return to championship action but the Big Apple also saw Gary make his debut with the Green & Gold, making him one of the few who have experience of the Gaelic Park cauldron that awaits next Sunday and the Carrigallen man warns his team-mates about what to expect.

“I was only 20 the last time we went over,” said Gary, “I was told all this about what goes on and Des Dolan was preaching to us too but it is very hard to explain the sort of atmosphere. You have the big party atmosphere on the sidelines, barbecues and smoke and then big New York men ready to seize on you.

“There are people standing yards away from you when you are taking a sideline kick and they’ve a big burger in their hands and there are beers going around and you’re thinking what is going on here because you’d never see that sort of thing in Ireland. There is smoke blowing across the pitch, you can nearly get the taste of the burger in your mouth, it is a very funny atmosphere.”

If the strange atmosphere can unsettle players, Gary points out that there is a serious side to it all and that New York cannot be underestimated – “Over the five years, Leitrim are always the team they’ll be looking to get the scalp of. They come out of the blocks as fast as team I’ve played against.

“The pitch as well and the heat make a serious difference, it is just an atmosphere you’ll never experience unless you play football out in America when I did during the Summer. There are only five or six of us from five years ago, I’ll be telling the lads that and to take nothing for granted but until you’re in that sort of situation yourself, that’s the only time you’ll be able to deal with it.

“You never take anything for granted with New York, people always say that you should take them but ten years ago when these trips first started, a lot of lads will tell you that Leitrim came out of there with a scare.

“I was chatting with Ray McBrien the other day and three years ago, Galway just about got out of there, only Padraig Joyce hit 1-1 in the last couple of minutes.

“They are big men, people argue that they’re not as fit as other teams but they really make it a difficult atmosphere to play football. Every time you got to take a solo, hop the ball or look for a pass, there are three or four men coming in with big hits and we’ll be ready for it hopefully.”

Avoiding big hits may be important for Leitrim next Sunday but Gary will be looking to dole one out to his clubmate and good friend Eoin Ward, a former member of the Leitrim panel, who lines out with New York next Sunday!

“Eoin looks like he could be starting over there,” said a laughing Gary, “hopefully if I can at all, I’ll try and get a big hit on Eoin in the first few minutes. We’ll have to send that one back home if it is spotted.”

But there is a serious note as Gary admits there is pressure on Leitrim to deliver a performance for all the travelling fans – “It is an atmosphere you really have to be ready for. London and New York are measured together but it is a different atmosphere because of the heat, because of the intensity of the game and there is so much depending on it from the people out there from Ireland, it is such a big occasion.”