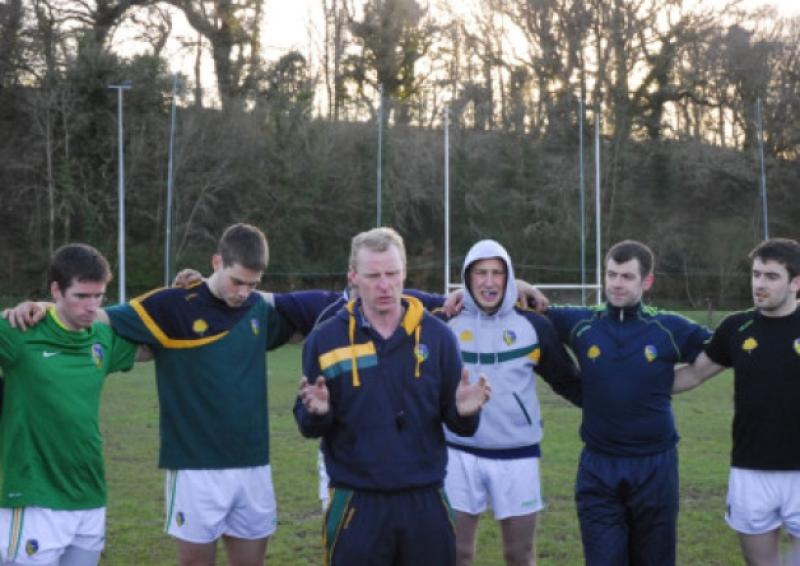 With all the natural caution and respect being paid to New York, it was refreshing to hear George Dugdale state categorically that if Leitrim play up to their potential against New York, he is confident of victory in Gaelic Park.

With all the natural caution and respect being paid to New York, it was refreshing to hear George Dugdale state categorically that if Leitrim play up to their potential against New York, he is confident of victory in Gaelic Park.

George is far too seasoned a GAA man to make brash guarantees of success and while he highlights the dangers, he states “We have to be very professional in everything we do.

“Typically, with Leitrim going over, they’ll be more focussed than ever because they see it as a realistic chance of an upset but it is all about us, that we get ourselves ready, prepare diligently, play the way we want to play on the day. If we do that, I’m confident that we can get the right result but we can’t take anything for granted,” stressed George.

An earlier than usual start to the championship doesn’t concern the Leitrim manager as he reports a good mood in the camp – “The Championship is coming earlier than normal because of the New York trip. Training has gone very well the last few weeks since the League, there is a good buzz in the camp.

“We have to prepare diligently and make sure that we don’t get caught and that is what we are doing.”

And encouragingly for fans, George reports a dilemma for management – “There is huge competition for place which is manifesting itself in training with good intensity and good efforts.

“In the few challenge matches we’ve had, we’ve had almost two different sides on in each half and standards didn’t drop in either half. It is a pleasant dilemma to have, it can only drive the thing on and make us better.”

Facing New York poses a unique set of problems, some similar to taking on London but George stresses it is about getting the attitude right – “We’re well aware of what New York are capable of, to a large extent, they are an unknown quantity but that is the way they are every year.

“It is a similar type of match to London, I suppose you know more about London because they play in the League but it is the same sort of scenario but obviously the experience last year will help.

“But it is a whole new ball game, a whole new experience and it is a case of us being professional and doing all the right things and if we do that, I’m confident we can get the right result.”