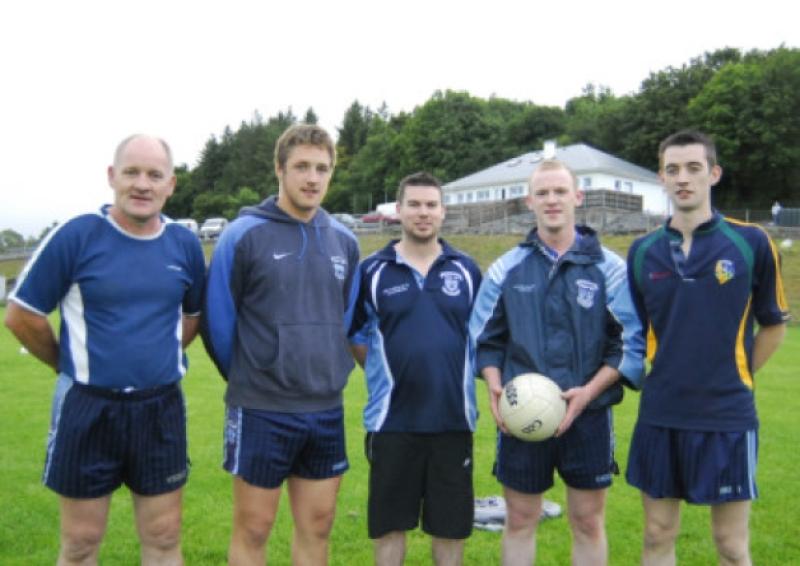 Eslin may only have 18 or 20 players but manager Sean Logan believes that they have turned their lack of numbers into a strength.

Eslin may only have 18 or 20 players but manager Sean Logan believes that they have turned their lack of numbers into a strength.

“Up here you have to pick for 15 or 16 players, maybe 17 if you are lucky,” said Sean, “so you go with what you’ve got and I think we’ve even lost one or two since we started the year.

“Numbers are very small, we went down to Dromahair one Friday and we had to go up to the house and bring Tommy McLoughlin down to stand in goals for us that evening, that is how tight it is here. “

The numbers may be tight but it means that the spirit is strong in Eslin according to Sean - “Everybody has to play on this team and if there is a weak link, somebody has to step up to the mark. Eslin are pretty much a championship team, they mightn’t have won Seniors or Intermediates but they always were a better team in the championship.

“They will all have to play to their potential because we don’t have the numbers to say we can bring anyone off the bench.”

The role of the Beirne brothers is a huge for Eslin but Sean also highlights the role of other players “You can’t say we are just a two man team but they are a two-man team in their own right to be honest about it.

“There are a few good, if not exceptional, club players in it and I think maybe the last day in Carrick was evidence of that - Brian Higgins, Eamon Stenson to mention two, played exceptionally well. On the day we needed them and they played too.”

Sean admits that he is looking forward to the final but is reluctant to comment too much - “I’d be delighted to think we could win the game by a point but I’ll reserve my comment.

“I’d be very wary of Manorhamilton, they have an exceptional bunch of players with how many championship medals in their pockets and you don’t get them without someone that is good enough to be up in the senior ranks.”