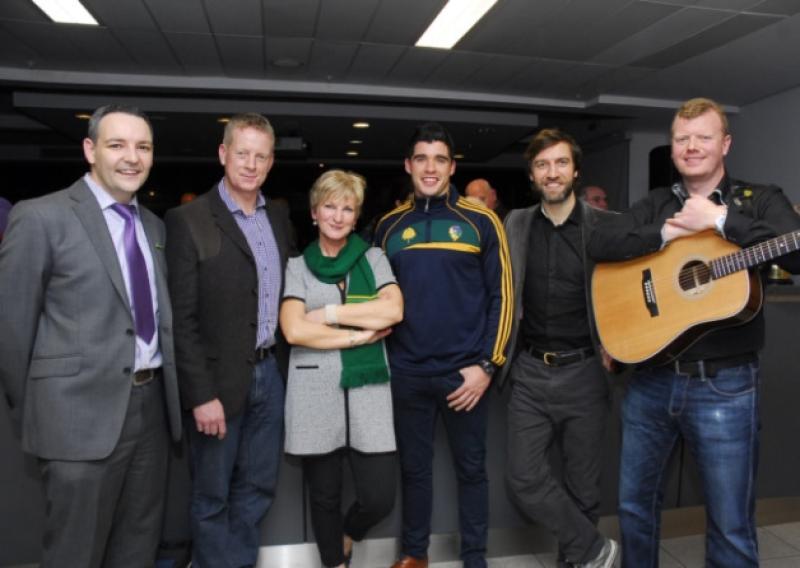 It was if the walls of the Celtic Suite in Croke Park disolved and were somehow magically replaced by the hills and lakes of Leitrim.

It was if the walls of the Celtic Suite in Croke Park disolved and were somehow magically replaced by the hills and lakes of Leitrim.

To be honest, it is almost impossible to describe the atmosphere that enveloped last Thursday’s launch of the Leitrim GAA Supporters Club in Croke with Eleanor Shanley gave an almost heart-breaking rendition of “My Own Leitrim home.”

As the 200 plus audience joined in the chorus, you were transported back to the fields and wilds of Leitrim, an over-powering sense of belonging and home pervading what was already a very good night for Leitrim people in the capital.

A new format featuring a Q&A with Declan Darcy and Emlyn Mulligan, conducted with his usual grace and charm by Colin Regan, was another highlight of a very informative and positive launch.

And perhaps even a few die-hard Leitrim supporters hada bit more understanding of Darcy’s decision to switch back to his native Dublin, a decision that he obviously struggled with, even all these years later.

Leitrim County Board Chairman Joe Flynn and Leitrim Tourism Chairman Joe Dolan gave lengthy updates on developments in their areas of expertise, Dolan extolling the sponsorship of The Bush Hotel as well as doing his own little bit for promoting tourism in the county.

Joe Flynn gave a detailed report on the highs and lows of the past year and updates on the developments, particularly of the training centre in Annaduff while McManus Pharmacy in Manorhamilton were announced as a new short sponsor for the coming year.

If there was one quibble, and it has to be said it was one shared by more than a few, it was that time pressures meant the audience was treated to just three songs from Eleanor Shanley - it would have be perfect evening if we had just ten more minutes of the wonderful Keshcarrigan woman.