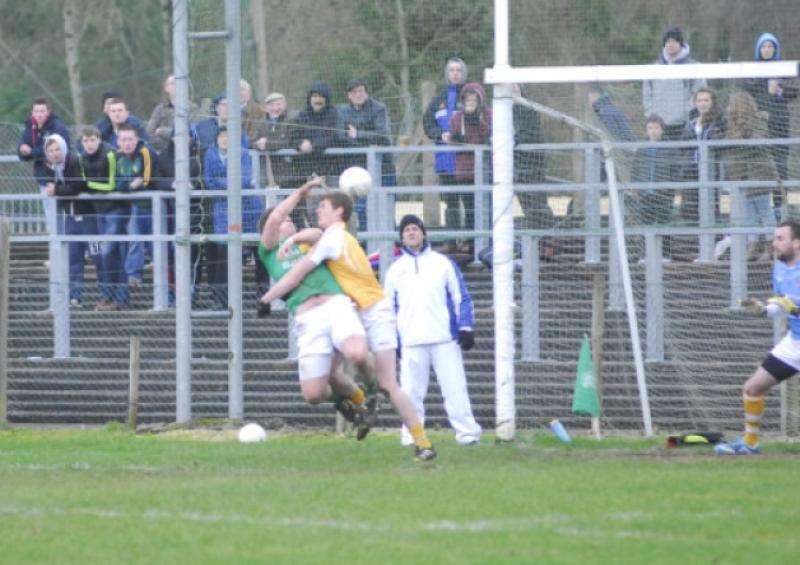 Sean Hagan lauded a sterling defensive display and a fantastic first half as Leitrim claimed their first Allianz League Division 4 win of 2014.

Sean Hagan lauded a sterling defensive display and a fantastic first half as Leitrim claimed their first Allianz League Division 4 win of 2014.

Up against one of the favourites for promotion, Sean was clearly delighted with Leitrim’s five point win but stressed that the Green & Gold have yet to perform for a full 70 minutes - “We’re delighted, the first half performance laid down a marker.

“Our ambition is to get the team playing like that for the full hour, we’re only getting in half a game at the time. The last few weeks, our first half performance has been fantastic but we’re trying to get that in for the full game.”

“We’re still a developing team and a developing squad and every day we go out, we are improving as a team. The way modern day football is gone, you are always looking for perfection but being realistic, you are never going to dominate a game from start to finish but I felt we did enough in the first half to get over the line.”

Asked what pleased him about Leitrim performance, Sean said “Analysing the game briefly, Antrim only got their goal from play and the rest of their scores came from dead ball situations. Obviously as a defensive unit, we are working hard and that is probably the most pleasing aspect of our game at the moment.”

And the negatives? “Probably finishing off games is a priority, we had a lot of opportunities there in the second half and with about 15 minutes left on the clock, we missed two or three good chances. There is always room for improvement in that area.”

The Leitrim manager is taking nothing for granted for the rest of the league but was happy to get an important first win - “It is a very competitive league, we have two more home games, we’re on the road for four.

“It is a tremendously hard division but this is a massive two points for us. We’re concentrating on our own camp and as far as we are concerned, if we can get a performance like we did in the first half for the full game, let the opposition worry about us.

“The lads know well that these opportunities don’t come around all the time. We have a serious competitive squad, there are lads coming back from injury and there are more lads struggling for fitness. When we have a full panel, we will have a serious headache picking the team.

“We would hope that we have a full hand to pick from in the third League game. You have to judge a game on its own merits but this game was a massive game for us.”