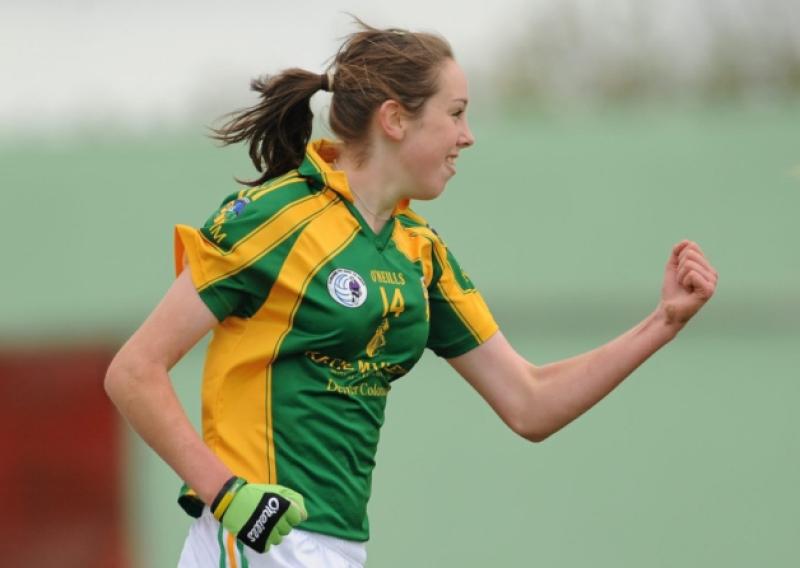 Martin Dolan had the perfect start to his tenure as Leitrim Ladies manager as Leitrim hit nine goals to defeat Sligo in the first round of the Bord Gais Energy Ladies NFL Division 3.

Martin Dolan had the perfect start to his tenure as Leitrim Ladies manager as Leitrim hit nine goals to defeat Sligo in the first round of the Bord Gais Energy Ladies NFL Division 3.

Leitrim’s cause was also helped by the return of former All-Star Sarah McLoughlin and St. Joseph’s Catherine Dolan while Aine Tighe was also back in the forward line.

Sligo actually defeated Leitrim in last year’s Connacht Championship in Croghan and the home team started very well with the backing of a very strong wind, going 2-3 ahead before Leitrim got off the mark as Elise Codd, Grainne Carty, and Stephanie O’Reilly and Noelle Gormley all found the target.

Aine Tighe put Leitrim on the scoreboard with a goal and Aine Heslin followed quickly with a point. Leitrim’s defence tightened up with Sharon Kerrigan and Mary Farrell commanding the back line Amy McLoughlin made some fine saves while Lorraine Brennan dropped deeper to support midfield and defence.

Crucially, Clare Owens gave Leitrim a vital lifeline with a goal before the break and the second half started in fantastic fashion when Aine Tighe’s long range effort hit the back of the net.

Leitrim started to roll and Roisin Fowley set up Aine Tighe for a goal before the lethal pair reversed roles for a close range goal. An Aine Heslin point left the score at 7-7 to 4-6 in Leitrim’s favour.

Sligo hadn’t gone away and Noelle Gormley kept Sligo in the game scoring her second goal of the game but Leitrim hit back with a Lorraine Brennan point from play, an Aine Tighe goal and a Michelle Heslin chipped point.

In the dying seconds of the game Leitrim finished strong with Aine Tighe’s final goal of the afternoon and the final score was Sligo 6-6 to Leitrim’s 9-9.

Leitrim Ladies play Offaly next away in Offaly next Sunday at 2pm, venue to be confirmed. The midlanders suffered a heavy defeat last Sunday to Waterford, losing 3-14 to 1-5 with the Munster side tipped to be among the teams chasing hard for promotion.

• In other games in the Division, In Division 3, meanwhile, Tipperary hurling legend John Leahy got his reign in charge of the county’s ladies footballers off to a winning start with a 2-12 to 1-9 victory over hosts Wexford.