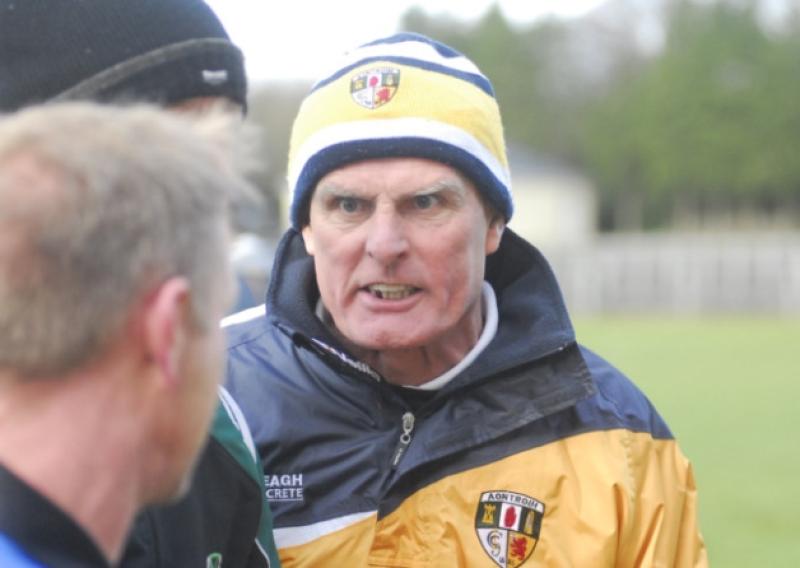 “It was always going to be a tough League,” Bradley told the Obsever, “we have six games left, our aim is 12 points. It is a must win game for us next week and if we don’t beat Wicklow, we can forget about promotion.

“We need 12 points to get out of this Division so we will be setting ourselves a target of 12 points and I have no doubt that if we keep playing the way we did in the second half, we’ll be playing a League Final in Croke Park.”

The Antrm also believe his team contributed greatly to their own troubles - “We certainly weren’t up for a fight, that is one sure thing. We played 35 minutes of football in the first half, the score was 1-8 to three points, Leitrim were certainly up for it, we just didn’t get off the bus.

“The second half, all it really was about was a wee bit of pride and passion in the jersey. We gave it a real go in the second half, by far the better team in the second half. But at the same time, we couldn’t get the scores, the keeper brought off a brilliant save from Conor Murray, Brian Nesson hit the post.

“It was just one of those days, we needed that goal and probably if we got the goal, we would have won the game because the second half, totally, totally dominant we were.”

The Derry native was not impressed with some of the decisions of the referee but refused to lay the blame anywhere but at Antrim’s own door - “We had Conor Murray black carded and one of the Leitrim guys pulled down Tony Scullion, it should have been a black card to Leitrim.

“We probably have one or two grievences that decisions went against us, we thought we should have had a penalty when Tomas McCann was upended in the box but look, you get what you deserve from places like this here and we got what we deserved.”

When informed that Murray had actually received a red card, Bradley reacted angrily - “Conor Murray threw back his hand, if that is a red card, we shouldn’t be playing the game. As for Martin Johnson, the Leitrim man lost the ball and the Leitrim man ran into him so he did. A few calls went against us but we’re not blaming the referee, we’re blaming ourselves.”

Despite the defeat, Bradly saw positives but believes attitude must change in the Antrim camp - “Basically, we did not turn up in the first half, we were pathetic so we were. Probably some of our guys read too much into what they’ve been reading in the northern papers the last few weeks about Antrim is going to be short priced favourites to get out of Division 4.

“It is not going to be as easy as that, I’ve been trying to preach that to them these last few weeks, we are going to have to fight to get out of this Division, every game is a dog-fight. We completely dominated that game for the second 35 minutes and if we can do that, if we get that amount of effort every week, we will certainly get out of this division. If we don’t, then we’re going to remain where we’re at.”