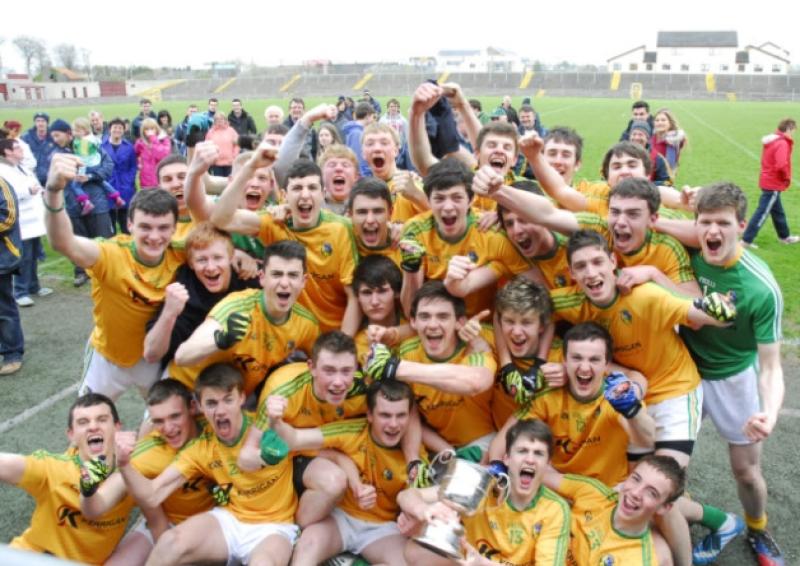 A scoreline that doesn’t tell even half the story ended with Leitrim winning the 2014 Connacht Minor League title for the third time in the county’s history.

A scoreline that doesn’t tell even half the story ended with Leitrim winning the 2014 Connacht Minor League title for the third time in the county’s history.

Victory saw Leitrim lift the League crown for the first time since 1991 (a team that included selector Gareth Foley) with the previous title before that being claimed in 1983.

Yet a win looked far from possible at halftime as a dominant Galway bossed the first half and should have been far further ahead than their 0-9 to 0-3 lead.

Talking to any Leitrim fan in St. Jarlath’s Stadium during that break, nobody, absolutely nobody, would have given Leitrim any chance in the second half yet what followed was a complete and absolute turnaround, so dramatic as to almost defy belief.

It wasn’t that there was a torrent of scores but rather a gradual, applied and focussed effort that was kick-started when Peter Reynolds fisted home a cross from sub Jack Heslin. That goal, five minutes into the second half, certainly lifted the dedicated band of Leitrim supporters in the old stand in Tuam and lent substance to the already evident growing self-belief in the Green & Gold.

But perhaps more telling, certainly with regard to the Connacht Minor Championship, was the character and resilience displayed by Leitrim under ferocious pressure and their spirit in fighting back from Galway’s imperious first half dominance.

Certainly there were times towards the end of the first half that Leitrim players looked forlorn and halftime couldn’t have come quick enough for the Green & Gold to stop the Galway tidal wave coming their way.

Manager Enda Lyons said afterwards that he and his selectors Joe Cox, Gareth Foley and Martin Doonan didn’t do anything special at halftime other than restate the team’s tactics and remind the Leitrim players what they are capable of but what happened afterwards must rank right up there with the best comebacks in Leitrim GAA history.

Leitrim’s second half revival to beat Roscommon in 2000 to reach the Connacht Final is up there but you’d probably have to go back to St. Jarlath’s Stadium itself in 1998 when Leitrim recovered from a six point deficit to defeat hot favourites Galway and reach the Connacht Minor Cham pionship Final.

That team, which included manager Enda Lyons, went on to win the Connacht title and Leitrim now find themselves as favourites for this year’s title, an unfamiliar position that will bring its own unique pressures but a team that has beaten Mayo, Galway, Roscommon and Sligo this year looks well equipped to deal with that.

Granted, Leitrim enjoyed a few small slices of fortune with Galway missing two gilt edged goal chances in the first half while the Tribesmen twice hit the post, one from a 21 yard free with less than three minutes to go, a free that would have given the title.

The Tribesmen were not helped either by the loss of a few key players with injuries - full-forward Patrick Madden looked a quality player in the 12 minutes he was on the field and the loss of James Mannion and Colin Brady during the second half hit the m badly as they missed the composure of centre-back Brady in particular.

With Galway visibly growing anxious as they failed to score for the entire second half, those misses proved absolutely crucial as you got the sense that just one score might have settled the home team.

But the pressure being brought to bear by Leitrim was immense - the tackling, seemingly non-existant in the first half, was disciplined, tight and constant, the breaks were made go Leitrim’s way thanks to the attitude displayed by the young Green & Gold stars.

Nowhere was that more evident than in the final five minutes as a nervous Leitrim missed a few chances to kill off the game themselves but showed remarkable composure to hold out, to force Galway into shooting from wild distances.

Picking out heroes for Leitrim is both hard and easy. Hard because in the first half, few made any real impact apart from Conor Dolan and Conor Gaffey.

Easy because in the second half, every single Leitrim player was immense, none more so than captain Mark Plunkett who drove his team on while Gaffney displayed ices in his veins when taking scores.

Alan McTague, Philip Dolan and subs Jack Heslin and Niall McGovern all made huge contributions in one of the most remarkable victories of the last 20 years for Leitrim football.