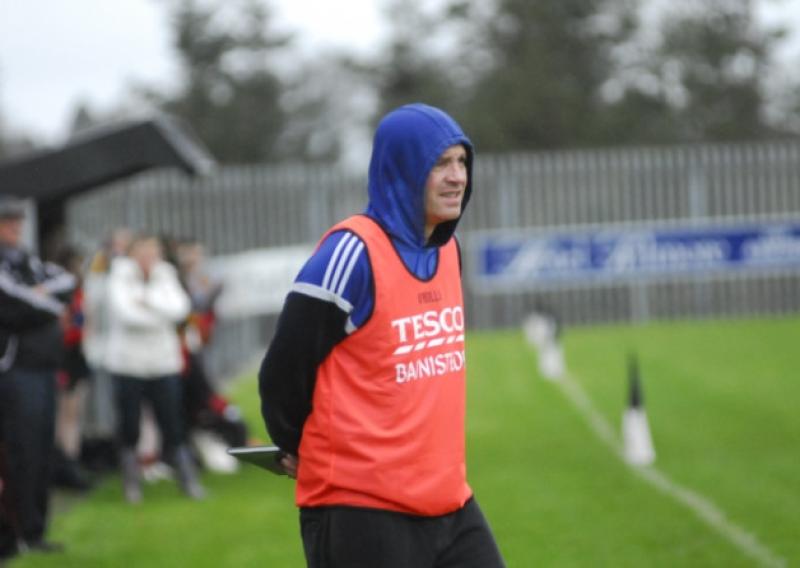 With the pain of defeat evident on the faces of his players Ballinamore manager Seamus Mullen was quick to pay tribute to those players.

With the pain of defeat evident on the faces of his players Ballinamore manager Seamus Mullen was quick to pay tribute to those players.

Speaking shortly after the full-time whistle sounded in last Thursday’s All-Ireland Junior B Final Seamus said frankly, “It’s gutting, I suppose on the day we were outclassed. We were up against a very strong team and they were magnificent from start to finish. We tried our best but it wasn’t good enough.”

Seamus was keen to stress that there was much to be proud of.

“There is no shame for our girls, it was a wonderful achievement for us to get to a Junior B Final, competing against very good schools but it was a bridge too far today.

“For us to win a Junior B Connacht title, we played against much bigger schools and in a lot of cases all girls schools. The last three games, the teams we’re up against were all girls schools with 500 plus students and we were good enough to beat them. We just came up against a school of very talented footballers so there is absolutely no shame.”

Seamus also expressed thanks to the large contingent who made their way to the final.

“I am very proud but disappointed for all the supporters who came out here in numbers and cheered from start to finish for us that we couldn’t get closer and get a victory but delighted with the way the season went and for these girls to know they can compete on this stage.”

Reflecting on the year Seamus said one of the biggest successes was that the players have “The belief that you can get to a Final.

“We won a Connacht Final which for me is a wonderful achievement. We won a Junior C title seven years ago so we have gone one step further by winning the Junior B. We are Junior A next year and we’ll be hoping to stay there and hopefully the players stay at it. It won’t be this bunch of players or certainly not all of them but there is hopefully more titles for us.