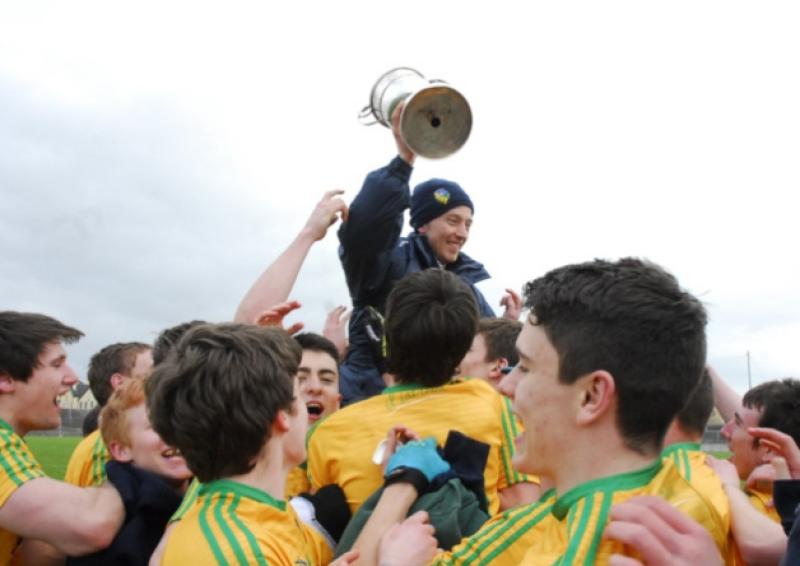 Never one to mince his words, manager Enda Lyons put it quite simply “I’m a bit shocked myself at this stage” when asked his reaction to Saturday’s historic victory.

Never one to mince his words, manager Enda Lyons put it quite simply “I’m a bit shocked myself at this stage” when asked his reaction to Saturday’s historic victory.

Ever the manager, Enda’s thoughts turned quickly to what needed to be put right but he rated Leitrim’s second half display as one of the best ever turned in by a team wearing the Green & Gold.

“We were very disappointed at halftime, we didn’t perform at all,” saidEnda, “we didn’t bring the intensity we had in all our other games So really to be honest, I was delighted at halftime to bring them in, to break the momentum to a certain extent.

“We were only six points down at halftime when Galway had completely dominated the game so we had to take the positives of what we had done. The second half was absolutely tremendous, I think it was the best performance I’ve seen from a Leitrim team in a long, long time, to keep a team like Galway scoreless, playing with the wind, for the whole of the second half and the way we performed.”

Neither did Enda claim any great powers of motivation for his halftime speech - “We didn’t say anything that is going to surprise anyone, we just sat them down and went back through the game-plan we had at the start of the game and just implemented it.

“We brought a huge intensity in the second half, our tackling was much much better, we were getting far closer to players than we were in the first half. We stood off and admired Galway in the first half and you can’t do that against a quality side and quality footballers.

“For the second half, we just sat them down and asked everybody to give another 20% because there was more in the tank and everybody responded to it. From one to 31, we’ve a great squad of players, there is a great buzz around the camp and to go unbeaten in the League is a great boost for the championship.”