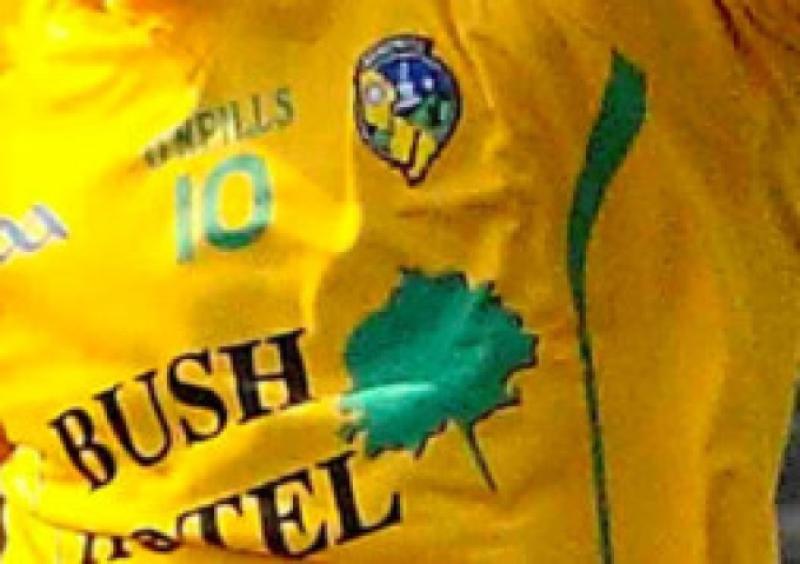 Leitrim’s genuine and high hopes of Connacht Minor glory were well and truly shattered in Hyde Park on Saturday evening as a Fergal O’Donnell inspired Roscommon proved just too good on the day.

Leitrim’s genuine and high hopes of Connacht Minor glory were well and truly shattered in Hyde Park on Saturday evening as a Fergal O’Donnell inspired Roscommon proved just too good on the day.

Leitrim travelled to Hyde Park full of confidence that an excellent Connacht Minor League victory could be turned into championship glory but those dreams turned to ashes as Roscommon grabbed the game by the scruff of the neck from the very first minute and never let go.

Leitrim manager Enda Lyons announced after the game that he was stepping down from the position after two years that saw the Green & Gold claim a first Provincial League crown since the early nineties but it was the influence of his opposite number Fergal O’Donnell that was being lauded by the Roscommon fans after the final whistle.

Lyons stressed in last week’s Observer just how important O’Donnell would be to Roscommon’s hopes and the former Senior team boss came up with a game-plan to negate Leitrim’s strong points and attack the weaknesses.

Roscommon crowded Leitrim captain Mark Plunkett out of the game and never allowed him control the contest or carry the ball to any great effect while they compressed the space for the Leitrim attack to operate in, dropping players back and crowding out the Green & Gold players.

That also helped Roscommon’s attacking plans and a mix of ferociously fast long runs with the ball in hand or accurate long deliveries to isolated forwards splintered the Leitrim defence and put it under the back foot from the very first attack.

That first Roscommon attack yielded a goal and combined both approaches - a long ball was knocked down by Hubert Darcy and Noel Gately sprinted clear to blast the ball to the net.

Luke Carty was the provider for the second Roscommon goal on 16 minutes when Darcy fisted home from close range and a disjointed and unsettled Leitrim looked all at sea until Oisin Madden’s powerful run ended with a 22nd minute penalty, Mark Plunkett finding the net with style.

That spot-kick prompted Leitrim’s best spell as they twice went a point up over the next 15 minutes but crucially, Roscommon were able to reply each and every time and as the game became a battle of wills, Roscommon’s immense desire overcame the enthusiasm of the Leitrim lads.

Leitrim actually closed the gap to a point with seven minutes left but Roscommon, growing in confidence, hit four unanswered points in those seven minutes plus four minutes to added time to seal a famous victory.

It will be little consolation to a Leitrim team hurting badly but it was a great game between two very good teams but even the most die-hard fan among the disappointingly small Leitrim attendance admited that Roscommon were the best team on the day and deserved their win as they could easily have had a goal or two more had they been more clinical.

It is a disappointing end to the year for the Minors after a campaign that promised so much but the Leitrim lads have shown potential for the future.