Guckian leads the way as Kiltubrid storm to title 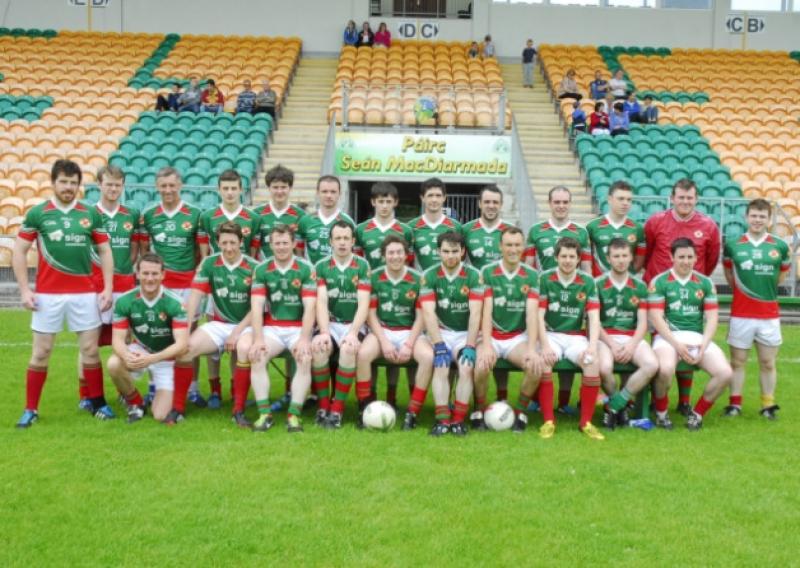 Led by a dominating full-forward Stephen Guckian, Kiltubrid storm to a fully deserved and impressive victory over a lack-lustre Bornacoola in the 2014 Shield Final.

Led by a dominating full-forward Stephen Guckian, Kiltubrid storm to a fully deserved and impressive victory over a lack-lustre Bornacoola in the 2014 Shield Final.

Minus the experience of injuried duo Dara McKiernan and Noel Gill and the power of Emmet Mahon, Kiltubrid could have been forgiven for dreading this encounter.

But instead, we got a dominant display from Kiltubrid as Bornacoola, seemingly without any great urgency for this Final, simply never got the pace of this game, particularly after Stephen Guckian diverted a long ball to the Bors net on ten minutes.

With Guckian winning long ball and setting up scores, Kiltubrid’s pace and movment were just too much on the day for a Bornacoola team that never got to grips with Kiltubrid’s enthusiasm.

They did mount a comeback in the first ten minutes of the second half when three unanswered Philip Howard points, all from frees, cut the gap back to five points but Kiltubrid weathered the storm and when Gary McCloskey received a black card, Bornacoola’s chances were gone.

Kiltubrid had a series of impressive performers - Guckian led the line well but got great support from James Gill, Michael Earley, Aidan Bohan and Dermot McKeon. The midfield pairing of Niall Foley and Pat Moolick also caught the eye, Moolick a real rock in the middle of the park.

After the sides swapped early points through Michael Earley and Michael Duignan, Kiltubrid took control with a great Niall Foley point and a goal from Stpehen Guckian on ten minutes as he got the vital touch to a long ball to divert it to the net.

Bornacoola keeper Gerry Gearty made a good save to deny Guckian a second goal before Sean McKeon and Earley swapped points.

The last ten minutes of the first half saw Kiltubrid take control with points from Guckian, Eoin Dolan (2), Earley and Pat Moolick with only an injury time free from Philip Howard in response to leave Kiltubrid 1-8 to 0-2 ahead at the interval.

Bornacoola pushed hard in the second half and had three frees from Howard to cut the gap back to five while they also saw Alan Croghan see a long shot hit the crossbar.

But Kiltubrid weathered the storm and imporant points from Foley & Guckian steadied them and a black card for McCloskey killed Bornacoola’s momentum. There was also a black card for Michael Earley but Kiltubrid kept the scores ticking over from Guckian, Dolan, Dermot McKeon and James Gill.

Bornacoola, to their credit, kept battling with points from Philip & Trevor Howard and Aidan Reilly but they were never able to really threaten.