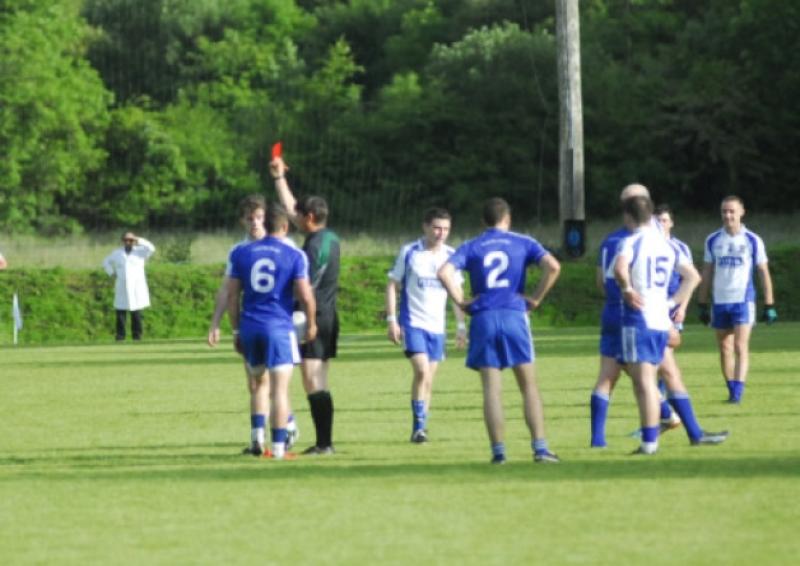 An already depleted Leitrim could be without star defender Paul Brennan next Sunday after the Melvin Gaels player was given a proposed three month ban for an incident in the club championship.

An already depleted Leitrim could be without star defender Paul Brennan next Sunday after the Melvin Gaels player was given a proposed three month ban for an incident in the club championship.

The Leitrim Observer understands that Brennan has requested a hearing after the County Board’s Competition Control Committee proposed a 12 week ban for an alleged incident in the Senior Championship clash with St. Mary’s Kiltoghert on June 14.

The Melvin Gaels player has been charged with alleged Category 5 offence, which is to interfere with a referee, umpire, linesman or sideline official which covers Minor physical interference (laying a hand on, pushing, pulling or jostling).

As Brennan is currently a member of an Inter-county panel still involved in the championship, his appeal will be heard by the National Hearings Committee in Croke Park on Thursday night, June 26.

The minimum ban for a Category 5 offence is a 12 week ban in all codes and at all levels which would effectively rule Brennan out of football until mid-September if he is not successful with his appeal.

The Melvin Gaels man also has the option of further appeals if his hearing on Thursday is unsuccessful but as long as the appeal process is ongoing, a player may not line-out at the level affected.

The Observer understands that Brennan has received a proposed one match ban for a straight red card, which the Leitrim player has also appealed, the hearing due to be heard last night (Tuesday).

The potential loss of Brennan would be a huge blow to Leitrim who are already without Cathal McCrann, Paddy Maguire, James Glancy and Danny Beck.