We have an All-Ireland
winning team in the making 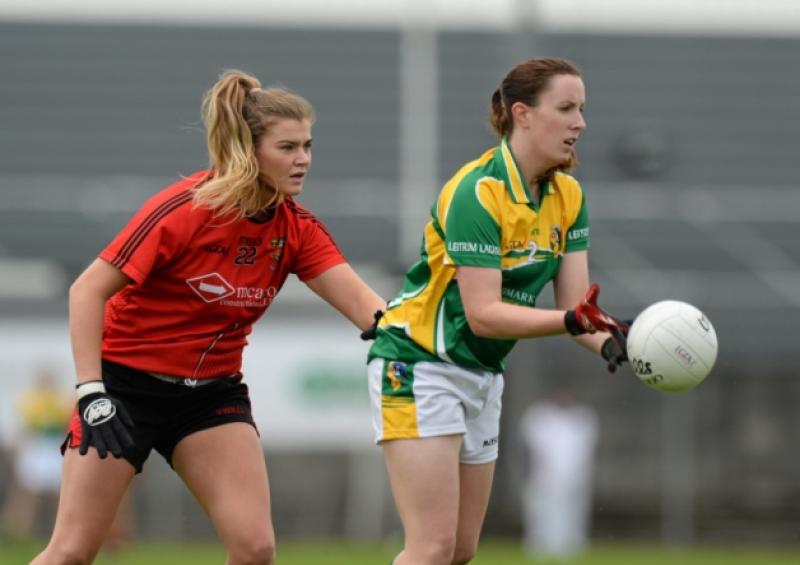 Defeat was bitterly hard to take but the note of defiance in Leitrim’s joint captains Sarah McLoughlin and Mary Farrell was heart-warming after the disappointment in Mullingar.

Defeat was bitterly hard to take but the note of defiance in Leitrim’s joint captains Sarah McLoughlin and Mary Farrell was heart-warming after the disappointment in Mullingar.

Admitting that it was hard to speak after the extra-time loss, Sarah McLoughlin nevertheless said “There is an All-Ireland winning team there in the making, there is no difference to the team that won in 07.

“You have experienced player, young speedy players. You have Aine Tighe, Gucks pulled off some massive saves there today, we have a fantastic players. Down will probably go on to win an All-Ireland and we were right there with them. We have an All-Ireland team in the making if we can just stick together.”

Sarah’s words were echoed by Mary Farrell who added “There is a great bunch of girls there, it was a huge honour to be co-captain with Sarah this year and if the same bunch of girls come back next year with a few additions, I’m sure we can drive on and get over the line to Croke Park.”

Mary and Sarah were part of the Leitrim team taken to extra-time three years ago against Cavan and the Dromahair woman saw similarities with that game in Cashel - “2011 we met Cavan down in Cashel and it was the same kind of story.

“We’re fine for the 60 minutes, we know where we have to dig deep but when we get to extra-time, we tend to fall short. Maybe we let the seed of doubt creep in, we worked so hard to get back and yet we still have to go back onto the pitch so maybe it is something we need to look at.”

Sarah also pin-pointed a poor first half showing from Leitrim - “Obviously, we just left ourselves with so much to come back, we just didn’t step up to them in the first half. I know maybe from the outside, it may have looked as if our kickouts and midfield wasn’t working but they were just strong and had extra players at midfield.

“I just felt that the message needed to be going in that we needed to be hitting our backs with the kickouts and every so often go to midfield, it might have alleviated that.”

Again, it was a point Mary agreed with as she felt the Green & Gold didn’t perform in the first half - “It did look hopeless at halftime. We stood back and let Down play, let them hit us hard and didn’t stand up to the tackle. We spoke at halftime about stepping up and going for those 50-50 tackles that we seemed to step out of.

“I think Down came onto the pitch today ready to go and we probably didn’t wake up until halftime.”