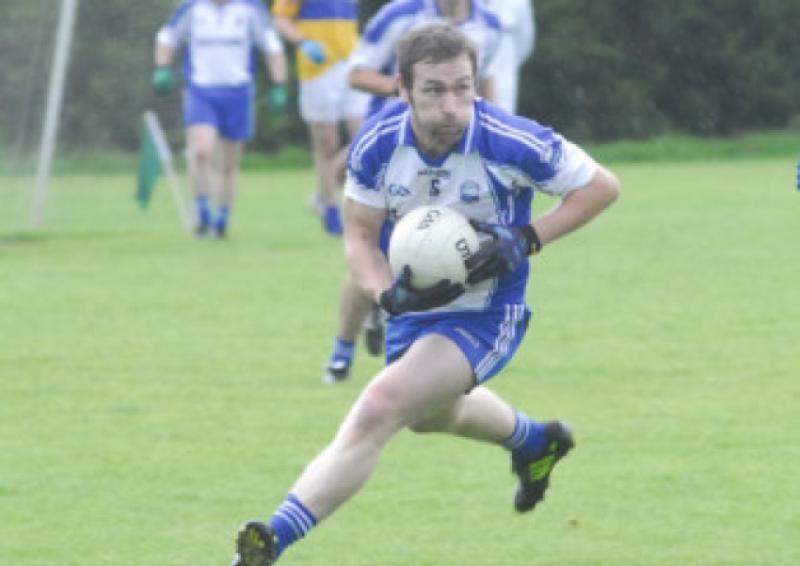 2012 Champions Melvin Gaels will battle it out with 2004 winners Annaduff to avoid a drop to the Intermediate ranks after both lost crucial Senior Relegation semi-final games last Saturday.

2012 Champions Melvin Gaels will battle it out with 2004 winners Annaduff to avoid a drop to the Intermediate ranks after both lost crucial Senior Relegation semi-final games last Saturday.

Bornacoola staged a stunning last quarter rally to fire seven unanswered points to score a 0-14 to 1-7 victory over neighbours and fierce rivals Annaduff while Melvin Gaels were on the wrong end of a narrow 0-11 to 0-10 loss to Carrigallen.

It was a doubly bad weekend for Annaduff as they also lost in the Junior A Relegation Semi-Finals, going down to a 3-15 to 0-13 defeat at the hands of Drumkeerin but Melvin Gaels had better luck as they saw off Bornacoola 1-14 to 1-6.

And in the Intermediate Championship, last year’s champions Glencar/Manorhamilton will face last year Junior winners Mohill in the relegation final after both teams lost heavily to Leitrim Gaels and Fenagh St. Caillin’s respectively.

It leaves a set of intriguing contests with the two former powerhouses in Annaduff and Melvin Gaels fighting to save off a drop from the top flight while the only two second string teams in the Intermediate grade will be replaced by one from St. Patrick’s Dromahair, St. Mary’s Kiltoghert, Kiltubrid or Allen Gaels.

Annaduff looked as if they would ensure their safety as a well taken David Duignan gave them an early advantage against Bornacoola after 10 minutes. But 14 wides over the hour, double what the Bors registered, came back to haunt them as they led by two at the break.

Annaduff still led going into the last quarter but with Philip Howard firing over three points and two more from Kevin Shanley, Bornacoola showed impressive strength to safe-guard their Senior status for 2015.

Melvin Gaels lost by a single point to Carrigallen but they look as if they might be carrying slightly better form in the relegation final.

In the Intermediate grade, Aidan Flynn grabbed a last minute goal for Leitrim Gaels to force extra-time against Glencar/Manorhamilton as the Gaels then went on to claim a 2-17 to 2-12 win over Glencar/Manor’s second string side.

Fenagh St. Caillin’s saw off neighbours Mohill with a good deal of ease as they won 4-16 to 1-7. Mohill and Glencar/Manorhamilton meet on Friday night in Cloone in the Relegation Final.