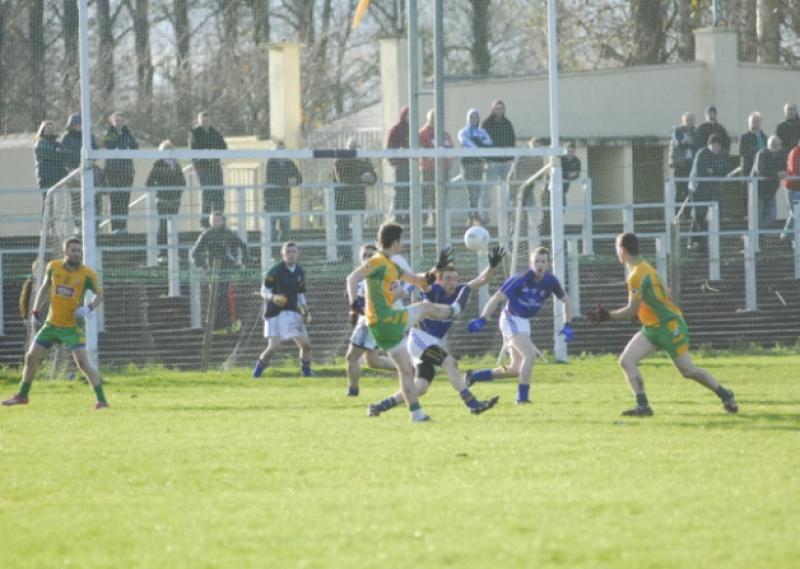 When your side clinch a place in a Connacht Final after a 35 point victory you would be entitled to bask in a job well done but before he had even left the pitch Corofin manager Stephen Rochford was already looking to the next challenge and focusing on what his team could do better.

When your side clinch a place in a Connacht Final after a 35 point victory you would be entitled to bask in a job well done but before he had even left the pitch Corofin manager Stephen Rochford was already looking to the next challenge and focusing on what his team could do better.

The winning margin suggests a comfortable win but Stephen was adamant there was more important things for him and his team to focus on rather than the final score.

“To be honest, there will be other things that I will look to rather than the scoreline as to what our mood was such as what our tackle (count) was, what our turnover (count) was. A scoreline is only important in the 60th minute and thankfully we are on the right side of it.”

Ultimately his side proved much too good for an Aughawillan team who will only learn from Sunday’s experience and Stephen acknowledged he had seen Aughawillan’s quarter final victory and was aware of threat they posed.

“Maybe the best bit of travelling I did this year was to go down to watch themselves and Tubbercurry a fortnight ago.

“For me it was a very good lesson, I had been listening to people who were saying Tubbercurry were a stronger team and they obviously they had a couple of well known inter-county players but Ciaran Gilheany put on a display that day, real top quality play.

“At this stage of the year you have to respect any team that are county champions and you need to have your homework done in order to go out.”

The winning margin was emphatic but Stephen said Sunday was all about ensuring victory was secured and he acknowledged his side didn’t have it all their own way during the opening exchanges.

“November football is all about getting a result and moving on to the next game and that was very much our focus with regard coming up to Carrick-on-Shannon.

“Thankfully, we went about addressing that in the second half of the first half. We scored a couple of good scores before half time and that gave us a little bit of a cushion and then we got an early goal or two in the second half.”

A team with a rich history in the Connacht Club Championship with five titles to their name, Corofin will be hoping to regain that crown when they face Mayo’s Ballintubber.

As Sunday’s game drew to a close and with victory long secured, it became evident that there was no sign of Corofin players easing up as they all looked intent on ensuring they are in the starting team for the final.

“You’re only as strong as the guys that are pushing each other.

“We are looking to develop a ruthlessness in us, I would hope that we will be able to bring something similar the next day but it is about the result and guys driving each on and they need to be driving each other again for the next fortnight because going in against Ballintubber we have a real battle on our hands.”

Stephen added, “We have picked up a couple of injuries over the last number of weeks so it has been important to be able to know that we can go to the bench and thankfully we still put out a strong team and the resources on the bench were quite strong as well thankfully.

“We are looking forward to being in the Connacht Final. St Brigid’s and Ballintubber had to look after their job, we had to look after our job in Carrick-on-Shannon and we’ll start preparing for that from tonight, I know their game is on television, we’ll cast an eye over the video.

“I have played against Ballintubber myself and they have All-Stars throughout their team, they have five or six guys on the Mayo team at the moment.

“They are going to provide a formidable battle but you know, we’re not bad ourselves and we intend to turn up and give it a shot.”