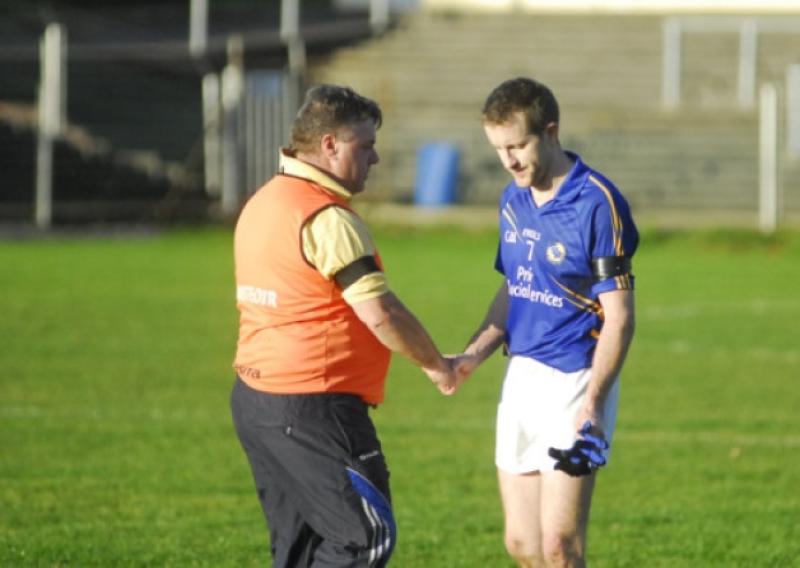 There wasn’t a lot that could be said after last Sunday’s AIB Connacht Championship Semi-Final but an always practical Sean Pierson pointed out that Corofin had lived up to their pre-match billing.

There wasn’t a lot that could be said after last Sunday’s AIB Connacht Championship Semi-Final but an always practical Sean Pierson pointed out that Corofin had lived up to their pre-match billing.

The Aughawillan manager has alwasy spoken with refreshing openess about his team all year and last Sunday was no different despite the chastening and demoralising 7-20 to 0-6 hammering at athe hands of Corofin.

“Corofin, the bookies had them at serious odds and it finished up this evening that the bookies don’t be that wrong,” Pierson toldthe Observer, “After the first ten, 15 minute spell, we had a few chances to put it away and we didn’t put them away and it probably was the catalyst for them to kick on.

“They’re an experienced outfit, they’re around a while. We’re a young outfit with 19 year-olds, 18 and 17-year-olds and a few 22, 23 year olds, they’ve never came up against quality like that in all fairness. We’ll have to hope that they learn from it.

“Corofin are a formidable outfit, when you hear of club football in Galway, it is always Corofin that does be talked about. They came up here and gave an exhibition of football and in all fairness, with all the hype all week talking about different things, they were tunnel in their vision and they took us asunder by times with lovely football.”

Unfortunately, it was a brutal end to a magnificent and exhilarating year for Aughawillan as the 35 point defeat was the heaviest ever suffered by a Leitrim team in the Provincial Senior competition as well as the highest score against registered and the most goals conceded, surpassing last year’s record margin suffered by St. Mary’s against St. Brigid’s.