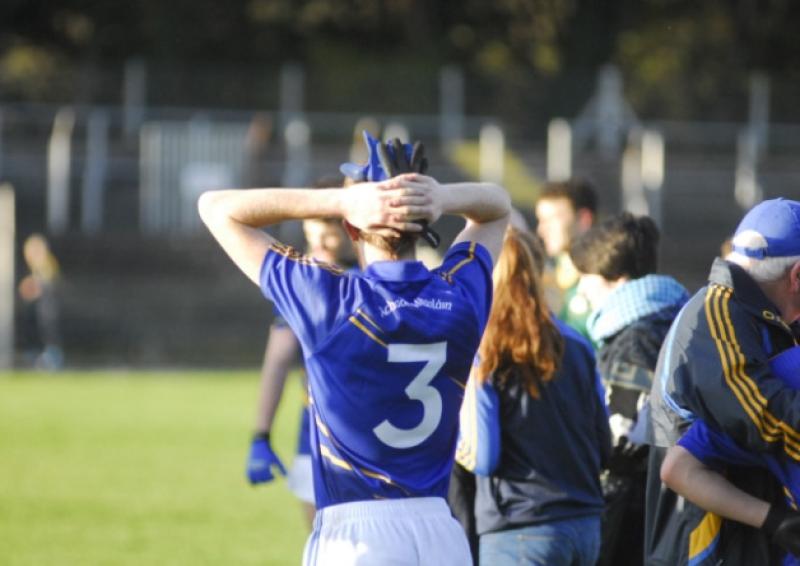 Whatever you might have predicted for last Sunday’s AIB Connahct Club Championship Semi-Final, nobody but nobody predicted a defeat of the scale suffered by a shell-shocked Aughawillan.

Whatever you might have predicted for last Sunday’s AIB Connahct Club Championship Semi-Final, nobody but nobody predicted a defeat of the scale suffered by a shell-shocked Aughawillan.

Galway champions Corofin demonstrated just why they are among the favourites for the All-Ireland title as they destroyed Aughawillan in all sectors of the field with a stunning display of physical power, accuracy and precision team-work.

For a club as proud of it’s storied history as Aughawillan, it was a sobering and devastating day - the Willies suffered the heaviest ever loss by a Leitrim team and conceded the most goals and the highest score by a Leitrim team in the history of the provincial championship.

Two of those records were just a year old after St. Mary’s 22 point loss to St. Brigid’s last year but the seven goals scored by Corofin exceded the six scored by Killereein of Galway against Aughawillan in 1976.

The silence of a stunned Pairc Sean in the second half summed up the horror for Aughawillan players and fans and, even with the feel-good factor of the win over Tubbercurry, the way Corofin dismissed the challenge of Aughawillan raises serious questions of the standard of club football in the county.

And just as we stated last year when St. Mary’s were brutally exposed by St. Brigid’s, there is no shame in losing to a better team but it is part of a worrying trend, Melvin Gaels losing by 15 points the year before.

What makes the scale of the defeat so hard to comprehend is that Aughawillan trailed by just two points at the end of the first quarter and could have had two goals against an admittedly dangerous Corofin.

But as Corofin started to expose Aughawillan’s defence, the points started to flow, highlighted by three points in less than 100 seconds, to leave the Leitrim champions trailing by eight points at the break and the writing was on the wall.

It didn’t get any better in the second half with Corofin incredibly finding the net seven times, including two in less than 60 seconds, to stamp their class all over a cruelly exposed Aughawillan.

The step-up from Tubbercurry to one of the Province’s power-houses was always going to be a tough one but it was obvious that Corofin had done their homework well on Aughawillan - players like Mark Plunkett and Ciaran Gilheany were bottled up and Plunkett in particular, never allowed turn and find space.

Corofin policed the space in front of Gilheany & Gary Plunkett with cruel efficency and Aughawillan only really created goal chances when corner-back Michael Comer was injured in the first seven minutes and not on the field.

The Galway men also forced turn-overs in every sector and their ability to make long passes stick was something Aughawillan were never able to counter and it meant the Willies never got the numbers back to implement their massed defence.

As much as Aughawillan don’t like making excuses, there is no doubt that their young team found it hard to cope with the experience and power of Corofin. Sunday was a chastening experience for a young team who have enjoyed a fairytale season with a lot of victories against the odds but the odds proved just too high.

Aughawillan opened brightly, Morgan Quinn’s dangerous ball towards Ciaran Gilheany cleared before Colin Maugire made a big save to deny Dylan Wall a certain goal. Gilheany did open the scoring after a great run as he broke through two tackles to score.

Corofin replied with points from Wall, Michael Lundy and Gary Sice but Gary Plunkett felt he should have had a penalty after six minutes. Plunkett looked to be fouled outside the area but was penalised for over-carrying after he fell.

Plunkett did have a glorious chance when he broke through on goal with Ciaran Gilheany unmarked to his right but the full-forward opted to go alone, his shot was saved by Thomas Healy.

With Gilheany (free) and Gary Plunkett swapping points with Ian Burke and Gary Sice, Declan McGovern made a huge block to deny Sice a goal after a long range shot had come off the upright.

Aughawillan were hanging in but Ronan Steede, Sice and Martin Farragher swept over points in less than 100 seconds and Corofin finished the half with three more, leaving them 0-11 to 0-3 ahead at halftime.

Aughawillan needed a goal to give themselves some hope but it was Corofin who found the net after three minutes, a precise low finish from Martin Farragher that beat Colin Maguire who may have been blindedby the sun in his face.

Ronan Steede added two points, apologising to a team-mate for not passing with a goal on. Aughawillan hit back with a Gilheany free and a huge Sean Flanagan score from 50 yards but by the time Gilheany got the Leitrim’s champs final point 15 minutes later, Corofin had added a staggering 5-3!

Martin Farragher and Ian Burke had a goal apiece as Michael Lundy plundered a hat-trick, keeper Maguire left one-on-one with no protection for all five goals. And Corofin finished the game with four more points and a final goal from sub Joe Canney to seal the win.