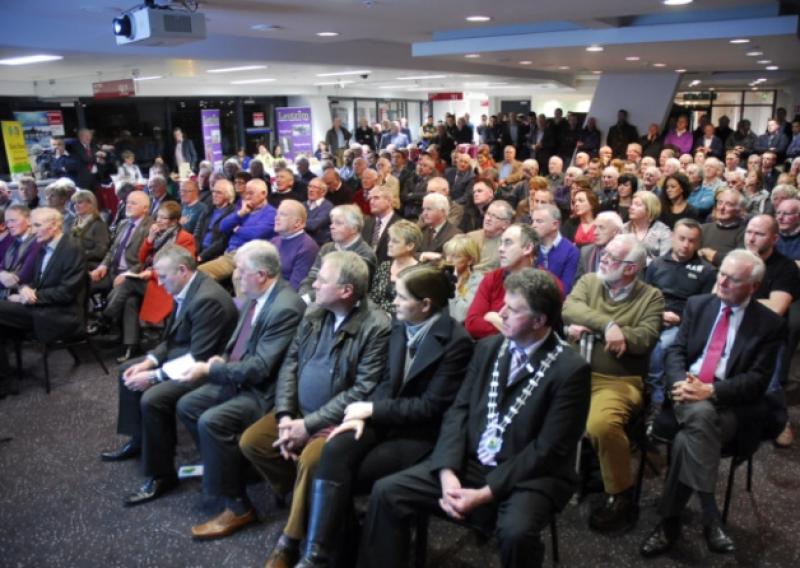 Special guest Charlie McGettigan, 1994 Eurovision Song Contest winner and father of the late Leitrim star Shane McGettigan, will officially launch the 2015 Supporters Club draw on the night while also treating the gathered crowd to a few songs and some banter in these unique surroundings.

Recently retired Leitrim Olympic athlete Colin Griffin will also be a special guest on the night with former Leitrim footballer and journalist Colin Regan, acting as MC, quizzing the Ballinamore man about his career and his new high performance sports business located in the Santry Sports Surgery Clinic.

The new Leitrim senior football manager, Shane Ward, will also outline his plans for the year ahead.

The county board is once again provided a free bus for those wishing to travel from the county. Anyone interested in travelling should contact County Secretary Attracta Reilly on secretary.leitrim@gaa.ie or 0861708499 to book their seat.

This will be another great Leitrim gathering in the capital and all are welcome (entry is free of charge with parking and access from the Cusack Stand side next to the GAA museum). Please spread the word to anyone from Leitrim you may know that would be interested in attending – the more the merrier.

Doors will open at 7.30 with the addresses and entertainment starting at 8pm sharp. Light refreshments will be served. A special draw will take place for those who buy a Supporters Club ticket or take a booklet of tickets to sell.