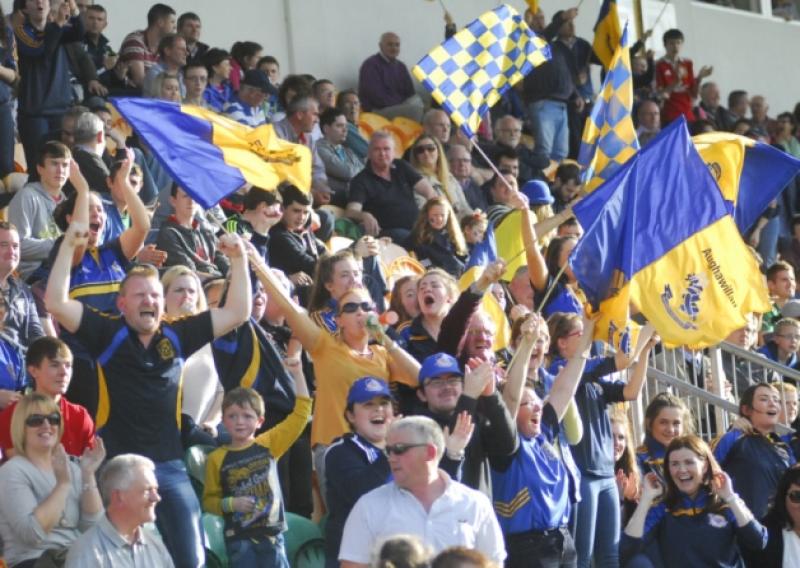 The latest round of the Gallogly Catering ACL threw up some intriguing results with Mohill suffering a surprise loss to Aughnasheelin while Leitrim Gaels maintain their promotion push in Division 2 with a good win over Cloone.

But the most noteworthy result was Aughawillan’s 2-5 to 0-9 victory over the previously undefeated Glencar/Manor. The goal-scoring exploits of County Minor Pearse Dolan has proved central to Aughawillan’s recent run of success and he scored again in the first half to put the champions in control.

Manor launched a powerful second half fight-back with James Glancy leading the way with five points but it was too little, too late as Aughawillan are now two points clear at the top of the table.

Aughawillan now face St. Mary’s, whose game against Drumkeerin was called off due to a bereavement last weekend, in a rematch of the County Final with the Carrick men in desperate need of a win.

The manner of the result with worry Gortletteragh who scored 2-2 in the last five minutes and they face a huge clash with Drumkeerin next Saturday.

Melvin Gaels had four points to spare over Ballinamore, 1-14 to 1-10 with David McSharry scoring a cracking goal early in the game. O’Heslin’s fought back to lead by halftime but a second half dismissal left them with a mountain to climb as the Gaels took the victory.

Aughnasheelin surprised Mohill with a 2-9 to 1-8 victory, a result that moved the winners well up the table and allowed St. Patrick’s Dromahair close to within a point after they demolished Carrigallen 5-12 to 0-11.

In Division 2, Leitrim Gaels are getting closer to promotion after they beat Cloone 1-10 to 1-8, a victory that leaves them four points clear of Annaduff, who have a game in hand, and six clear of Fenagh, Kiltubrid, Drumreilly and Cloone, although Kiltubrid do have two games in hand.

Glenfarne/Kilty got back to winning ways with an impressive 1-15 to 2-9 victory over St. Caillin’s, Fergal Clancy leading the way with nine points. Drumreilly also had a much needed win over Glencar/Manor, 1-10 to 0-11.

Bornacoola had a morale boosting win as they overcame Gortletteragh 2-16 to 1-6, the goals coming from Brian Conroy and Damien Moran.

In Division 3, Mohill stay top with an emphatic 7-18 to 1-7 win over Aughnasheelin with Ballinaglera keeping pace after a 2-13 to 0-8 victory over Eslin. Aughavas kept their own hopes alive by defeating St. Mary’s but with Mohill and Ballinaglera five and four points ahead of the chasing pack, promotion looks almost settled.