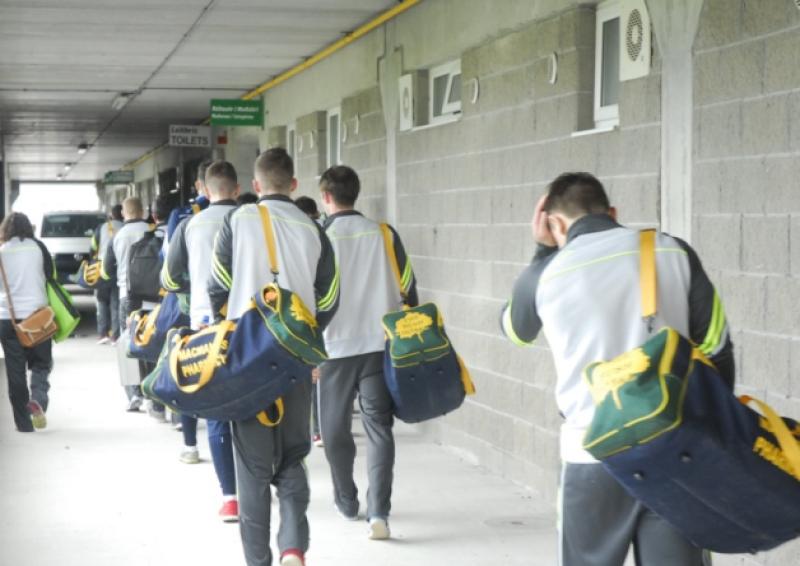 Leitrim will take to the road for the second year in a row after the Green & Gold were drawn to face Louth in the first round of the All-Ireland Football Qualifiers.

Leitrim will take to the road for the second year in a row after the Green & Gold were drawn to face Louth in the first round of the All-Ireland Football Qualifiers.

The game is fixed for Saturday, June 27, which will leave the county’s GAA fans with a fixture headache for the second year in a row as Leitrim Minors are due to face Sligo in a highly anticipated Connacht First round clash in Pairc Sean Mac Diarmada.

GAA officials were privately hoping that Leitrim would receive a home game to set up a double header but with Louth, who also played away last year, first out of the hat, the Leinster county received home advantage. Leitrim will be hoping that the game may yet be scheduled for Sunday, June 28, to avoid a clash with the Minor game.

Nevertheless, Leitrim manager Shane Ward will be pleased with the draw as his young charges avoided potential meetings with Tyrone, Down and Armagh or Donegal and they will seek to build on the progress of the last six months and record a first ever Qualifier victory away from Pairc Sean Mac Diarmada.

Louth, who Leitrim will face in Division Four of next year’s Allianz League, were knocked out of the Leinster Championship by Westmeath, 3-14 to 0-16, but they too will be reinvigorated by the draw.

Championship meetings between the teams are incredibly rare with the only clash in recent years coming in the 2006 Tommy Murphy Cup Final in Croke Park where the Wee County cruised to a 3- 14 to 1-11 victory.

Leitrim’s last meeting with the Wee County in the League came in 2008 when the Green & Gold suffered relegation to Division 4, the home side winning in Dundalk on a 2-17 to 2-8 scoreline.