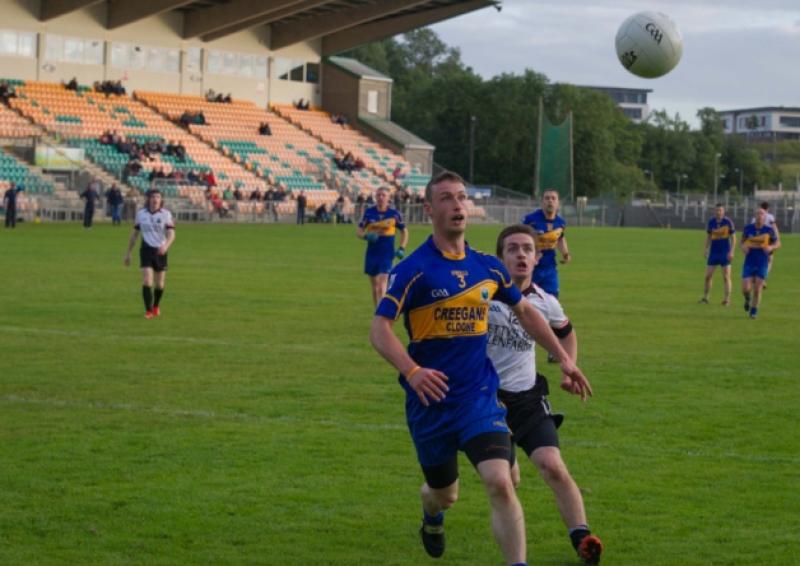 Cloone now face favourites Melvin Gaels in the quarter-finals but not before they got an almighty fright from the losers, who came from ten points down six minutes into the second half to within three points of the winners with a minute of normal time remaining.

But the aforementioned goals from Nicholls and a point from Gavin Reynolds in the last six minutes, including five minutes of injury time, restored their ten point advantage and in the process advanced them to a quarter final meeting with Melvin Gaels.

Gavin Reynolds opened the scoring for the winners after two minutes with a pointed free following a foul on Derek O’Donnell but the losers hit back and good work from Niall Walsh and Diarmuid Clancy set up Darren Murray, who slipped the ball past the advancing Kieran Casey to give them a two point lead.

But they were unable to build on it, and apart from a free by Niall Walsh after thirteen minutes, they failed to raise a flag for the remainder of the half, going almost twenty minutes without a score.

Cloone were in complete control and played some lovely football, hitting ten points through Niall Quinn (3), Gavin Reynolds (3) and one each from Derek O’Donnell, Donal Brennan, Brian Mulvey and Adrian Nicholls to leave them seven points ahead at the break.

The losers moved Fergal Clancy to full forward for the second half and it almost paid dividends when after four minutes of the restart, a high ball from Niall Walsh was punched goal-wards by Clancy only for his effort to come back of the post.

If that wasn’t bad enough for the losers, Cloone, within two minutes of Clancy’s effort, created a good move in which Damien O’Donnell set up his brother Derek for a well taken goal which left ten points between the sides.

But Glenfarne/Kilty responded magnificently and with Clancy playing havoc at full forward, played their best football of the game, outscoring the winners 1-5 to 0-1 in a 20 minute period to leave them just three points in arrears.

Fergal Clancy hit 1-3 in that period with Diarmuid Clancy and Darren Murray notching up a point each, Cloone’s only response being a Donal Brennan point.

With time running out, we looked to be in for a grandstand finish but up stepped Nicholls with his two goals, the first from a high ball into the losers goalmouth which he punched to the net and the second in the fifth minute of injury time, with Gavin Reynolds pointing a free in between the goals to put Cloone through to the last eight.