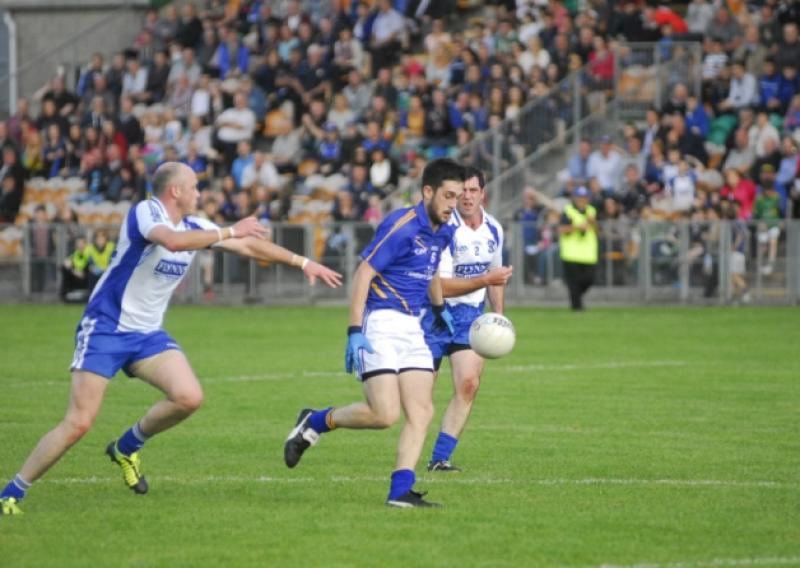 The repeat of last year’s County Final is without doubt the stand-out tie of next weekend’s Connacht Gold Senior Championship Quarter-Finals.

The repeat of last year’s County Final is without doubt the stand-out tie of next weekend’s Connacht Gold Senior Championship Quarter-Finals.

The meeting of champions Aughawillan and St. Mary’s Kiltoghert is a game to savour next Sunday evening but there are three other games with equally exciting storylines and possibilities.

The quarter-final draw was balanced and kept the big guns apart and below we take a brief look at the games:

St Mary’s Kiltoghert v Aughawillan: There is no doubt what is the game of the weekend, a repeat of last year’s Final but it is a very different situation now. Last year, St. Mary’s were the hot favourites but he champions are undoubtedly the team to beat now with Mary’s in the unfamiliar role of underdogs.

Aughawillan showed their championship credentials in their demolition of Bornacoola but the Bors were poor and nobody in the champions camp will read too much into that. Having said that, the movement, power and pace displayed by Aughawillan was awesome and will take some stopping.

St. Mary’s have not hit the heights so far this year but despite that are still competitive and the fact that they are facing Aughawillan and there is a chance of revenge may be just the thing that inspires them to their best football.

Glencar/Manorhamilton v Allen Gaels: The north Leitrim men will start as strong favourites but Allen Gaels are a team that can cause a shock. Certainly, there is more than enough talent in the Gaels ranks but the question is how they recover from their loss to Drumreilly.

Were they over-confident in that game or did the game expose flaws? Certainly the Drumshanbo men have a lot of young talent but delivering on that is not always easy and it is a task Glencar/Manor have always managed well. The League champions have a full-forward line that is incredibly potent and if they get a decent supply of ball, Manor should take the victory.

Gortletteragh v Drumreilly: Drumreilly provided one of the great championship moments of recent years last Sunday but Gortletteragh will have been watching closely, keen to exploit any weaknesses. One lesson will be to keep the ball away from John McKeon and Declan Maxwell and to double team Jimmy Holohan and Conor Gaffney.

That is easier said than done as Gortletteragh like to play down the middle to their strengths. They too showed great resolve in beating St. Mary’s and if they get the room, they will get goals.

Gortletteragh have to be favoured and the extra week rest may prove vital. Drumreilly will battle but Gortletteragh should take it.