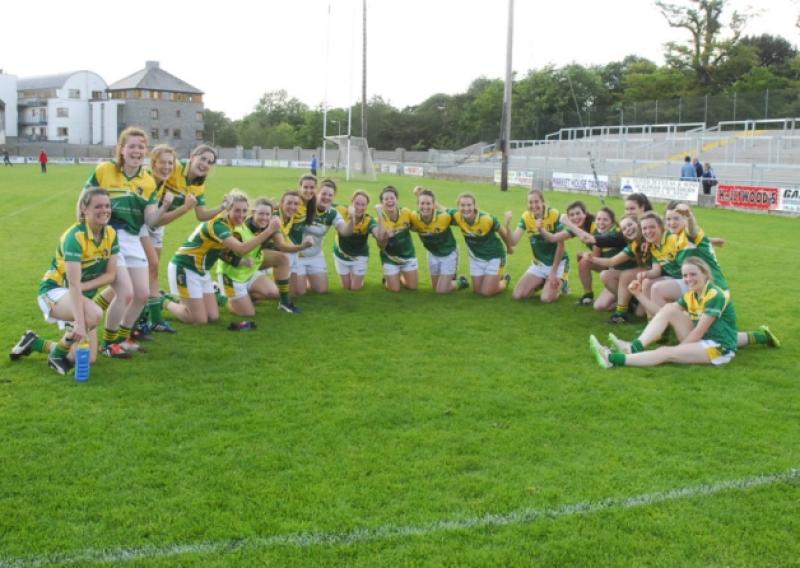 Leitrim Ladies will contest their second TG4 All-Ireland Intermediate Semi-Final in a row after the Green & Gold saw off a fierce challenge from Clare last Saturday.

Leitrim Ladies will contest their second TG4 All-Ireland Intermediate Semi-Final in a row after the Green & Gold saw off a fierce challenge from Clare last Saturday.

The Green & Gold Ladies needed a stand-out performance from Aine Tighe, who scored 3-5 on the day, to see off the Banner women to set up a meeting with Waterford in the semi-final which is fixed for Saturday, August 29.

It was a victory that had manager Pat Costello is perplexed mood as he was happy with the victory but not the performance - “I’m happy that we’re through but I wouldn’t be totally happy with the performance. As I said, there was a lot left to four or five individuals to do. But as I said, it is something to work on, we got out of jail with maybe half the team working.”

On the home front, the big news in the Club Championship was the pairing of champions Aughawillan and 2013 winners and last year’s defeated finalists St. Mary’s Kiltoghert in next Sunday’s Connacht Gold Senior Quarter-Finals.

Drumreilly produced one of the epic club performances in Ballinamore on Saturday as, with just three subs on the bench and two men sent off, they defeated neighbours Carrigallen to clinch the last place in the quarter-finals.

Cloone overcame Glenfarne/Kiltyclogher in the Intermediate playoff as the club scene gears up for a huge weekend.