Aine nominated for Intermediate Player’s Player of the Year award 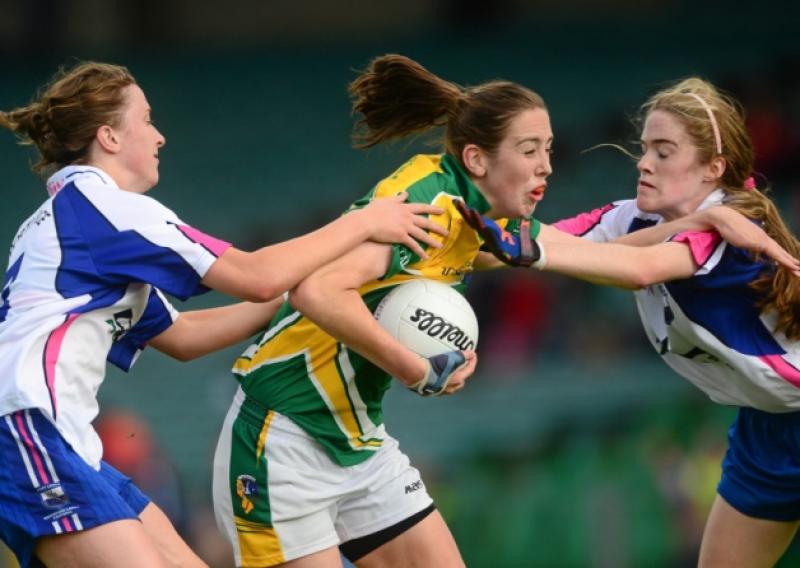 The accolades keep rolling in for Leitrim’s Aine Tighe after the Kiltubrid player was nominated for the TG4 Ladies Intermediate Player’s Player of the Year award.

The accolades keep rolling in for Leitrim’s Aine Tighe after the Kiltubrid player was nominated for the TG4 Ladies Intermediate Player’s Player of the Year award.

Aine, already nominated for an All-Star award, has been nominated for the Award along with Waterford sisters Linda and Aileen Wall for the award which sees the players nominated by their fellow players who could not vote for anyone on the same team as themselves.

Despite not reaching the final Áine Tighe from Leitrim has been recognised for another excellent season as she is also nominated for the Player’s Player of the Year Award.

The Wall sisters were integral parts of the Waterford team who ended Leitrim’s bid for glory in the Intermediate Semi-Final in Limerick, Aileen scoring 1-3 in a Player of the Match performance while her sister Linda captained the team from centre-back.

Cork’s midfield pairing of Rena Buckley and Briege Corkery round off an amazing season as both of the ‘Double Double’ winners have been nominated for the award which has previously been won by Corkery herself.

Dublin’s captain Lyndsey Davey is recognised after another brilliant season after leading Dublin back to the All Ireland final following a series of inspirational performances.

In the Junior Player’s Player of the Year category there is a unique situation as all three players are from Louth but only two of them represented Louth in the championship.

Rosanna Heeney, a player who represented Louth in 2012 captained Scotland this year against her native county. TG4 Player of the Match from the All Ireland final, Paula Murray is also nominated along with team mate and ace attacker Kate Flood.

The Player’s Player of the Year awards will be presented at the LGFA TG4 All Star Awards at the Citywest Hotel on Saturday, November 14.