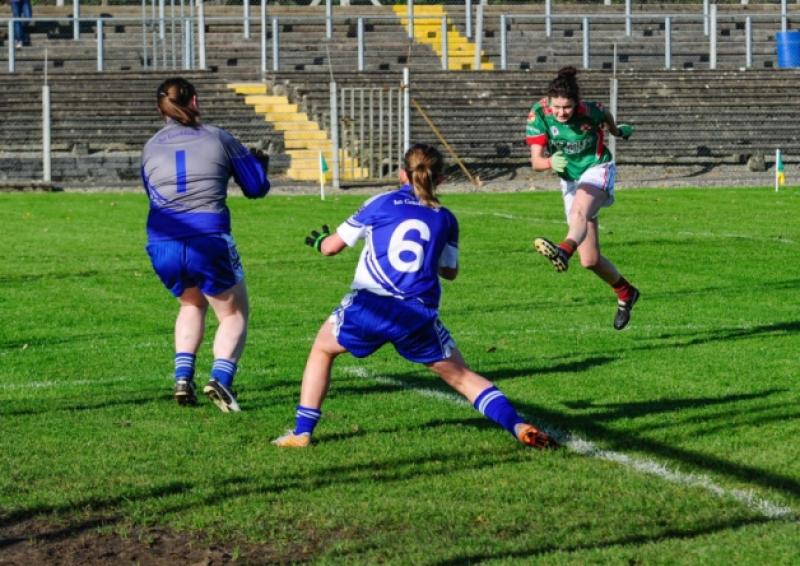 An amazing year that has seen them collect their first ever Senior club title got even better for Kiltubrid Ladies after they battled their way to the Connacht Senior Final.

An amazing year that has seen them collect their first ever Senior club title got even better for Kiltubrid Ladies after they battled their way to the Connacht Senior Final.

Kiltubrid, who have recently won the All-Ireland 7s Shield, battled back from a four point deficit with 12 minutes to go to claim a five point win over Sligo champions Geevagh.

Goals from Siobhan Kelly and Emma Guckian proved crucial as Kiltubrid timed their effort to perfection and they now face into a Connacht Final on Sunday week, November 8, in Kilglass where they take on a very impressive Kilkerrin/Clonberne.

The Galway women, who ended the reign of the legendary Carnacon in the quarter-finals, demolished Roscommon’s Strokestown 5-25 to 0-7 in the second semi-final in Pairc Sean Mac Diarmada last Saturday, the Kiltubrid players no doubt very interested observers of the action.

There was no joy for Mohill in their Connacht outing as reigning All-Ireland champions Corofin cruised to a 1-17 to 0-7 victory in Tuam last Sunday. The Galway men scored ten points against the wind in the first half to take an unassailable lead.

Ballinamore’s first forray into the Connacht Club Hurling championship ended in disappointed as Calry St. Joseph’s proved too strong on the Bank Holiday Monday, the Sligo side winning 2-11 to 1-3.

Melvin Gaels, who travel to Elvery’s McHale Park in Castlebar next Sunday to take on Hollymount Carramore in the Connacht Intermediate Championship Semi-Final, had success in the new Connacht Minor B Club Championship as they proved far too strong for Sligo’s Calry St. Joseph’s on Monday afternoon, winning 2-13 to 0-11.