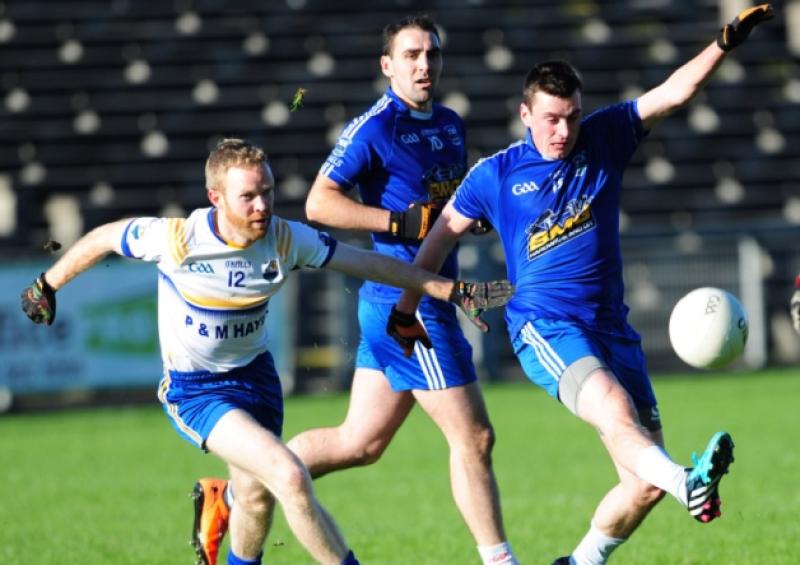 Having seen his side come agonisingly close to eliminating Mayo champions Hollymount/Carramore from the Connacht Club Intermediate Championship the pain of defeat was etched all over the face of Melvin Gaels manager Liam Gilmartin.

Having seen his side come agonisingly close to eliminating Mayo champions Hollymount/Carramore from the Connacht Club Intermediate Championship the pain of defeat was etched all over the face of Melvin Gaels manager Liam Gilmartin.

“I’m a bit emotional and heartbroken but I’m still proud,” was Liam’s immediate reaction after witnessing his side suffer a two point defeat after extra-time but he insisted there was no moral victory.

“They died with their boots on and that’s all we ever asked of the team. They are very young and we ended up nearly winning the game with 11 minors on the pitch. It’s not a moral victory if you’re beaten.

“Possibly the better team won today, I’m not sure at the moment and this thing of Leitrim teams coming up and sticking their chests out for half an hour, we were never going to do that. We were going to stick out for the full hour and if somebody took it off us fair enough but we were beaten and it is all over but we will regroup. We’ll have a look at ourselves and have a look at where we can improve for next year.”

Melvin Gaels captain Fabian McMorrow was similarly downbeat after the game stressing, “There’s no moral victory at all. We put in a great performance but we didn’t care what performance we put in as long as we won it. We played well in patches but ultimately we wanted to win. We had no fear coming here today.”

“We had seen the dvds so we knew what they were about and we knew our own game. We knew we had the fitness and the ball skills to actually turn them over today but unfortunately it wasn’t enough.”

Fabian, who was one of the contenders for the man of the match award felt his side could have won the game towards the end of normal time.

“They were hanging on and I thought we had them and the end of normal time and we were pushing and pushing and just couldn’t get that breakthrough.

“We had got it back and I thought we would get the score to win but unfortunately we didn’t.”

Explaining the hurt being felt within the Melvin Gaels camp Fabian insisted it was a competition he and his teammates wanted to win.

“We wanted to take the bull by the horns and win Connacht, I know it’s a big ambition but we thought we had enough to win it.

“If we won today I don’t think any other team in Connacht would have handled us but unfortunately it wasn’t to be.”