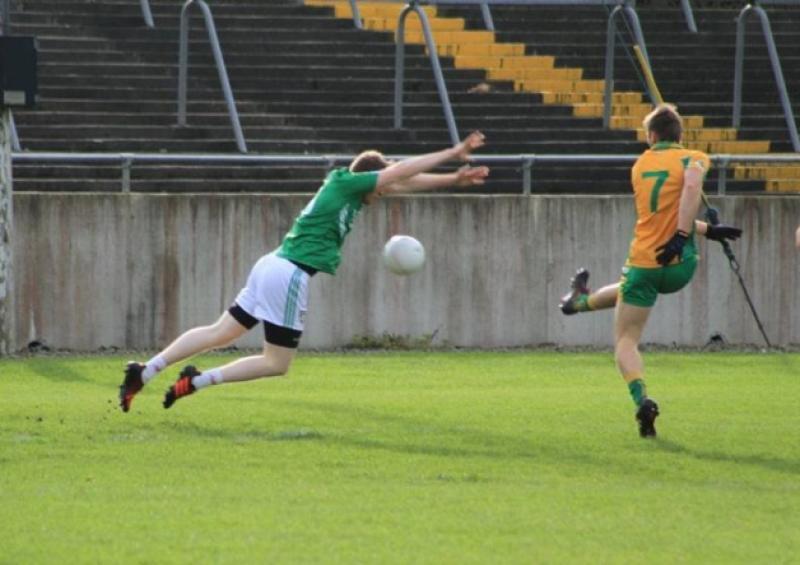 Padraic Davis is not one to shy away from hard questions but after Mohill’s 13 point loss last Sunday, it was hard not to agree with his assertion that Corofin are as good as many a county team.

Padraic Davis is not one to shy away from hard questions but after Mohill’s 13 point loss last Sunday, it was hard not to agree with his assertion that Corofin are as good as many a county team.

“That Corofin team is probably at Division 3 level of the National Football League,” Padraic told the Observer in Tuam last Sunday, “they’d come straight out of Division 4, that’s what you are up against.

“You have to be fair to a lot of these lads, they are very young and we have lads playing who are often on our second team. We’re up against a different class. When you see what they’ve done to a lot of teams over the last couple of years, they’ve won seven out of ten titles in Galway alone.”

Looking at Mohill’s display, Padraic felt that Mohill’s slow first half didn’t help them but there were positives for the Leitrim champions even in defeat - “We froze initially in the first half and for a team that was set up defensively, ten points was way too much to concede.

“There are positives but certainly it wasn’t the annihilation or capitulation that many would have predicted. I’m very proud of them, they are a great bunch of lads. At halftime, we said to ourselves there was no way we were throwing in the towel and they didn’t and you have to give them great credit for that.”