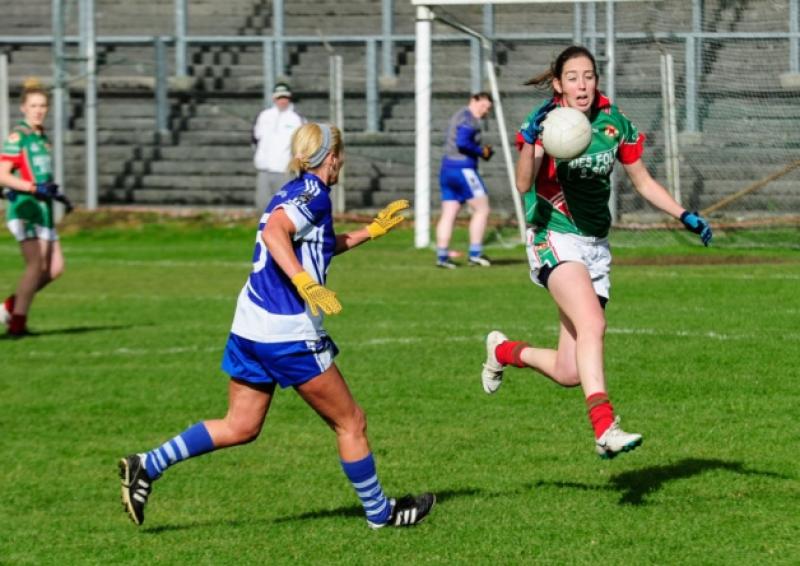 It was dramatic, it was heart-stopping but Kiltubrid’s display against Geevagh was a more accurate reflection of the ability in the Green & Red ranks according to manager Adrian McKeown.

It was dramatic, it was heart-stopping but Kiltubrid’s display against Geevagh was a more accurate reflection of the ability in the Green & Red ranks according to manager Adrian McKeown.

Kiltubrid had won a dour battle against Aughawillan to lift the County title but Adrian felt that Saturday’s dramatic victory over Geevagh was a better indicator of his team’s ability - “It was very exciting, I think the performance today was more a reflection of how we can play than our performance in the county final.

“We definitely played within ourselves in the county final and we were lucky to win it but second half today, we showed what we can do and that is what we have been doing all year in the group stages of the championship and in the League.

“So it was nice for a big crowd to see how good this team really is.”

The Kiltubrid manager agreed that his charges struck at just the right time and paid tribute to the Sligo champions - “In fairness to Geevagh, every time we seemed to get a foothold in the game, they were able to score a point and they scored some fabulous points just to keep that little bit ahead of us all the time.

“We really needed a goal at the right time to turn things and when we got that, we tacked on a couple of points and it was really about character for this great bunch of girls. The timing of it was an awful lot to do with it.

“To hit the front with five or six minutes to go, for the first time in the match I think, that was crucial. That goal at the end made it a little more comfortable, we had a nervy finish in the county final where we were two points up all the way to the end.

“To get that goal meant we could relax a little for the last few minutes if you can relax in a big game like that.”

With impressive performances from Emma & Michelle Guckian, Miranda Foley and Sinead Tighe, Adrian stressed that it is the team effort that counts - “You don’t get to Connacht Finals with just one player, no matter how stand out that player is, you have to have 24.

“I would say in the first half, we were playing against a really strong breeze and we didn’t concede a goal and that was due to Miranda in the goals and the six girls in front of her, their performance in the first half was the platform for us to come out in the second half with a bit of breeze behind us and kick on.

“We said before the match, we’ve gone 120 minutes of championship football without conceding a goal and that is down to our backs and our goalkeeper. If we can get to halftime with a clean sheet, we’d have a chance.”

As for the final against Galway’s Kilkerrin/Clonberne, Adrian joked “This is all new territory for us and I’ll have to roll out the cliches, we’ll take it one game at a time.”