McKeon praises role of team mates for his award 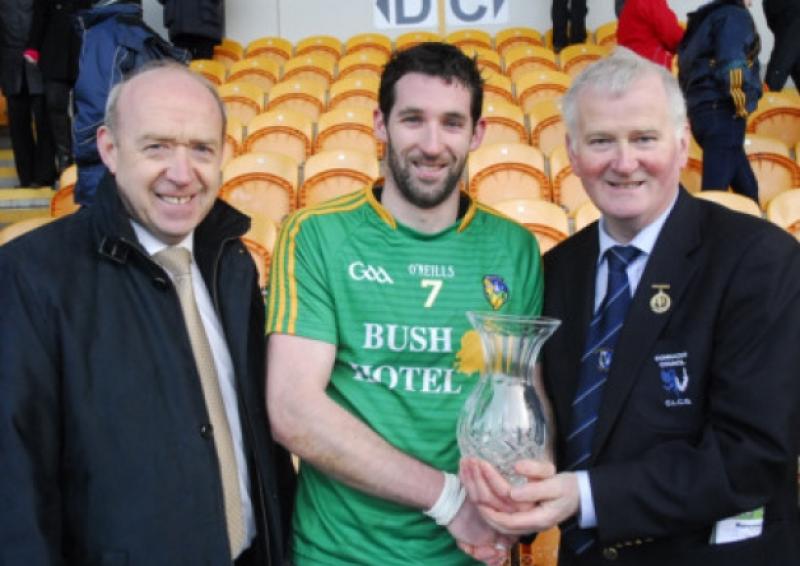 Leitrim’s win over Roscommon in the FBD final was based on the strength and organisation of the defence, typified by Wayne McKeon.

Leitrim’s win over Roscommon in the FBD final was based on the strength and organisation of the defence, typified by Wayne McKeon.

Deservedly crowned man of the match, for the second successive FBD Final, the Ballinamore man was proud but also full of praise for his team mates.

“Any day you win a man of the match award is a bonus but at the end of the day it was the win and the trophy that we really wanted. It was great to get the man of the match but you have to be unbelievably proud of the lads.

“The rest of the lads did the hard work for me, the whole team were a credit to Leitrim football,” he said proudly.

While pleased and proud to have claimed a second FBDConnacht League title, Wayne was already looking ahead to next Sunday.

“We set out at the start of the year to retain our trophy as any team who wins a trophy would do but next week and the league is what we are really going for.

“Last year we fell at the first hurdle (against Limerick) but this year we’re going to drive it on and hopefully next week get a win.”