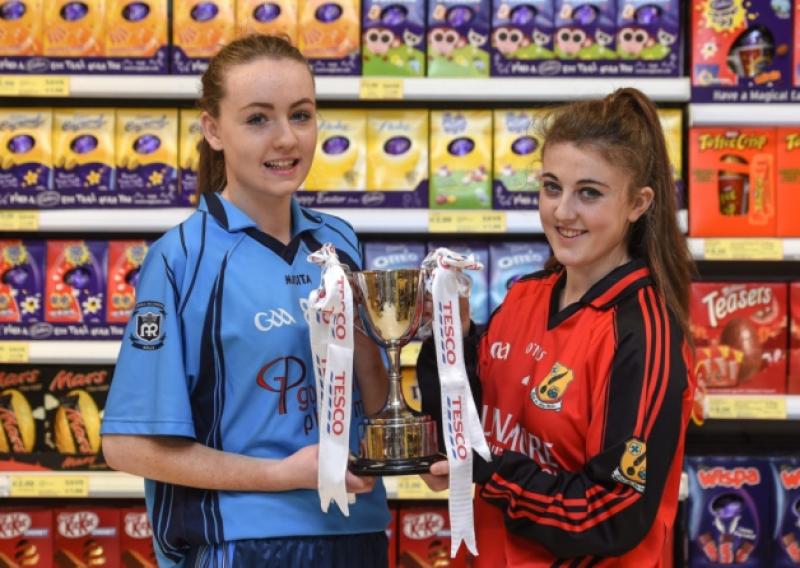 It has been a memorable year for all concerned with Ballinamore CS and tomorrow (Thursday) another chapter will be written in that story.

It has been a memorable year for all concerned with Ballinamore CS and tomorrow (Thursday) another chapter will be written in that story.

As well as moving in to their new state of the art school building, 2014 has also seen Ballinamore Community School claim the Connacht Senior C title and were narrowly defeated in the All-Ireland semi-final.

After the heroics of that mens team, attention will tomorrow (Thursday) turn to the Ladies as they contest the All-Ireland Junior B Final in Drumalee, Cavan at 1pm.

Manager Seamus Mullen is no stranger to All-Ireland Finals having previously guided the school to the Senior C Final in 2007 and he is expecting a close fought encounter which he believes his side can win.

Reflecting on the impressive win his side enjoyed in the semi-final over Loreto Clonmel, Seamus said “We weren’t expecting that kind of outcome, we were expecting a tight game,” adding, “We wore them down. They didn’t seem to have a huge appetite, the Munster final was the week before that game and maybe they were still celebrating. The result was far more convincing than the nature of the game, a 22 point margin was not reflective of the game.”

Seamus believes the fact that his side had eight weeks after their Connacht Final victory until the All-Ireland semi-final “didn’t do us any harm.”

Turning his attention to the final Seamus agreed the form of Carla LeGuen and Aileen Maguire will be important but he stressed others throughout the team will be of equal importance.

“The team is fairly balanced, Carla and Aileen have got the scores but it is a team effort. We have a strong defence and a good midfield partnership and everyone is playing a role.”

Seamus knows the opposition, Eureka Kells are a good team but insists “If we play the way we can play we won’t be far away. It’s winnable.”