Sligo a real threat to leitrim 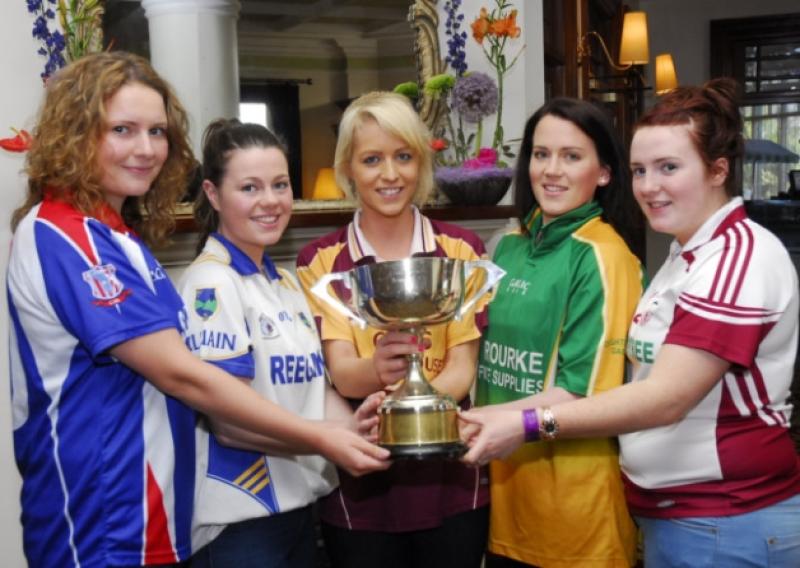 Leitrim may have scored two wins over Sligo already this year but Ladies Senior team manager Martin Dolan is taking nothing for granted ahead of next Sunday’s TG4 Connacht Intermediate Final.

Leitrim may have scored two wins over Sligo already this year but Ladies Senior team manager Martin Dolan is taking nothing for granted ahead of next Sunday’s TG4 Connacht Intermediate Final.

The McHale Park showdown features two teams that have met in the League and Championship this year but although Leitrim recorded two wins, Dolan is preaching caution ahead of next Sunday’s Final.

“Sligo historically over the last number of years would be deemed a championship team,” said Martin, “They started very slow in the League, they finished very strong in the League and won their last two games. We were fortunate enough to beat them in Sligo in the first round and they have improved significantly as the weeks and months have gone by this year.

“Sligo are incredibly strong up the middle, they played a running game through the middle and they have some excellent players there. We’re going to have to match them mentally and physically on the day.

“We’ve played them twice this year and the result just about went our way and on both occasions, we’ve come back from five or six points down and we’re hoping that we can be Sligo’s bogey team this year. The key is to engage them early on and really take the game to Sligo.”

Leitrim retain a strong core from the team over the last few years but there are a lot of new faces on the panel but Martin believes his team’s strength lies in their character.

“Over the last couple of months, it is a pretty new panel, there is only 10 of last year’s panel and the year before so we have between 15 and 17 girls who are in their first year on the panel. I think our strength is that there are some real characters in the group, there are some real leaders, both young and old.

“The fact that in some games this year when it hasn’t been going our way, we’ve been able to turn that around or come-back and that shows character and work-rate. I would put it down to working more as a team and a team-unit and I would hope that would be enough to prevail on the day.”

The format of the championship saw Leitrim record two victories in May before almost two months without a game and it has been a challenge for the management to overcome.

“We took a ten day break after that because we had no break after the League and then we came back and hit the training for the next three, four weeks of intensive training to get the fitness levels up and prepare.

“We took it in increments. We worked on fitness for three four weeks and then we had a number of challenge games to get some game time for the girls. With the training and the game, it brought competition for places back and the closer we have got to the final, it is putting the big emphasis on the gme.

“The Leaving Cert is obviously only finished recently and we had two players pretty much leave the panel for five weeks and we had eight or nine girls, maybe ten, participating in exams and some of them have only finished in the last few weeks.

“So we took to the field against Roscommon without three girls who were taking exams that day so it is totally not ideal. But it is what it is and we got there so we’ve pretty much a full contingent for the Sligo game and we’re looking forward to it.”

And Martin has appealed to Leitrim fans to make the journey to Castlebar on Sunday, despite the attraction of club games at home as the support in McHale Park would be most welcome - “It would make a huge difference, we played only two League games at home all year.

“The second day out in the League against Tipperary, we had a great crowd out and it makes a huge difference for the girls. Their clubs and their families and that extra voice to cheer you, it can make the difference at times.

“We’d be really hoping for that support. Leitrim football, be it male or female codes, we don’t get to finals a lot and I’d hope that if it is a good day, the fans will make the long journey and come and give the support that both the county and the girls deserve.”

“We can’t turn up and not perform because anything less than a performance in most of our games this year, won’t be enough to win. But I would be confident in our girls ability to put in a performance.”