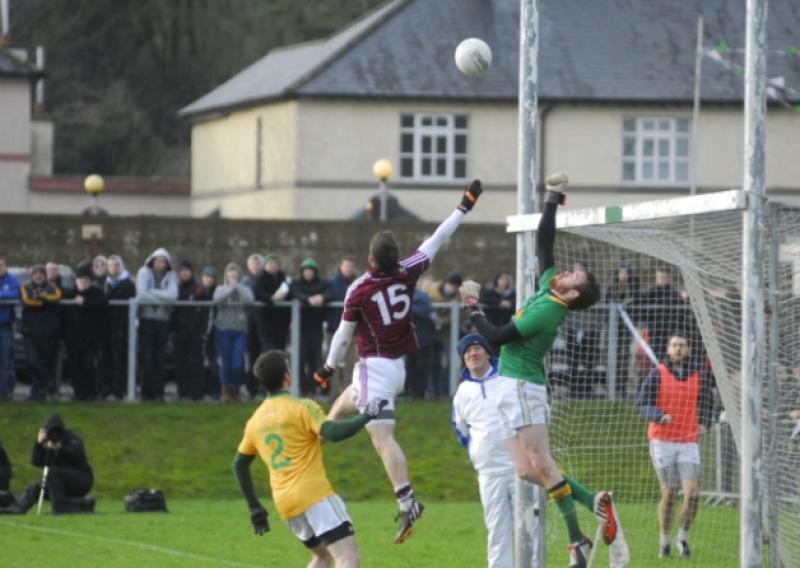 Leitrim’s 11 match unbeaten run in the FBD Insurance Connacht League came to an end in Mohill last Sunday but not without manager Shane Ward taking some positives from the one point loss to Galway.

Leitrim’s 11 match unbeaten run in the FBD Insurance Connacht League came to an end in Mohill last Sunday but not without manager Shane Ward taking some positives from the one point loss to Galway.

The defeat ended Leitrim’s hopes of retaining the title for a third year in a row as Galway, even if they lose to GMIT next weekend, have the head to head result against both Leitrim and Sligo meaning Leitrim’s reign is over.

“That is what we’re looking for, what we’re focussed on and I suppose losing the game is a small negative but we’ll look at the positives and move on from there.

“The big thing is you’ve got to take your chances and we’ve spoke about this before, about taking your chances in the coming games and today we made some poor decisions in regard to our shot selection and so on.

“But at least we created the chances and that is a positive to take from it and at least we were in those positions to create those chances.”

Ward was pleased to introduce four more new players to Senior inter-county football today - “There were four new debutants today in the starting line-up and two more introduced after halftime which is, again, progress for us.

“The one key thing is the players being introduced and the players on there, they look comfortable, they looked at ease with the Senior lads on the squad. It takes a bit of time to gel two groups together. I suppose we have three groups there, we have some new guys, some U21s and some of the Senior lads but things are going well in that respect”