Annaduff prevail to down Melvin Gaels 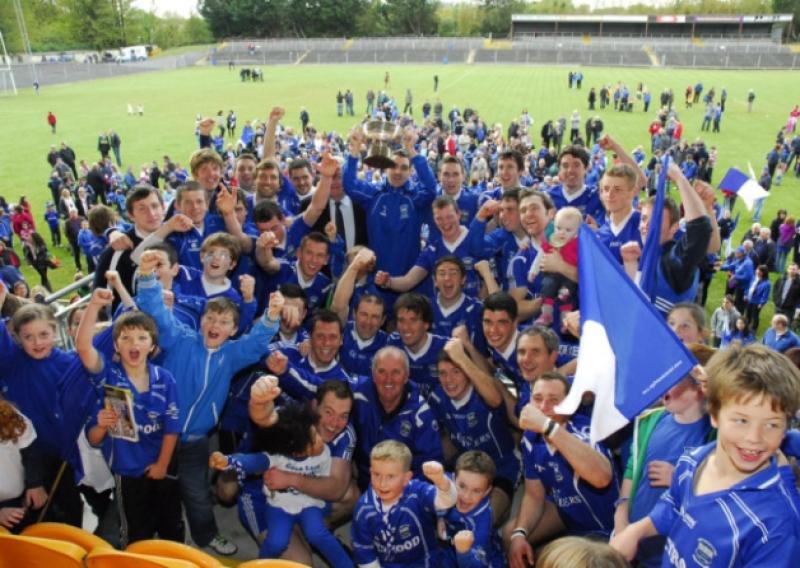 2012 County Champions Melvin Gaels will be playing their championship football at Intermediate level next year after they were shocked by Annaduff in the relegation final on Sunday morning.

2012 County Champions Melvin Gaels will be playing their championship football at Intermediate level next year after they were shocked by Annaduff in the relegation final on Sunday morning.

Annaduff shocked the former kingpins 1-11 to 0-13 in Shane McGettigan Park on Sunday, despite a ferocious last gasp fightback that saw the Kinlough men score the last three points of the game to almost save their Senior status.

It is a tough fall from grace for the Gaels who were relegated in 2010 but bounced back with an amazing two year campaign that saw them claim the Intermediate title before stopping Glencar/Manorhamilton’s historic five-in-a-row bid in 2012.

In an irony considering the population growth in the Kinlough and Tullaghan areas, Mevlin Gaels have been badly hit by emigration and player retirements while the absence of the Brennan brothers, including suspended county star Paul, left them with a mountain to climb.

The victory was a massive one for Annaduff as they looked set for the drop following a series of disappointing results, particularly after losing to fierce rivals Bornacoola in the semi-finals.

However, their young team produced the goods when it mattered most and if they can bed in over the next year or two, they could be able to make an impact at Senior Championship level.

Annaduff started off in the best possible fashion when Kenny Cox almost goaled in the very first minute before County star Ray Cox did find the net with a fine individual effort. Sean McNabola added a point but Melvin Gaels hit back with four unanswered points to tie the score.

The scores were tit-for-tat until halftime but Annaduff went in three points up thanks to three Sean McNabola points and a long range David Duignan effort with a halftime score of 1-7 to 0-7.

Annaduff went five clear with points from McNabola and Kenny Cox but again Melvin Gaels came back with three unanswered points but again, points from Cox & McNabola left Annaduff in a great position with ten minutes to go.

Melvin Gaels staged a fierce revival but their effort fell short as they drop to the Intermediate grade for 2015.

Last year’s Pyrmaid Bookmakers Junior A champions Mohill made a quick return to the Junior ranks when Glencar/Manorhamilton proved far too strong for them in the GWP Intermediate Championship Relegation Final on Friday last in Cloone.

Glencar/Manorhamilton, who won last year’s Intermediate title, made no mistake this week as they prevailed 1-14 to 1-6, just a week after a last minute goal at the end of normal time had denied them victory over Leitrim Gaels, the Gaels going on to claim victory in extra-time.

Mohill had lost heavily to Fenagh St. Caillin’s the previous week in the relegation semi-final but just a year after defeating St. Mary’s to win the Junior crown, the Mohill men will rejoin the Junior grade for the 2015 championship season.