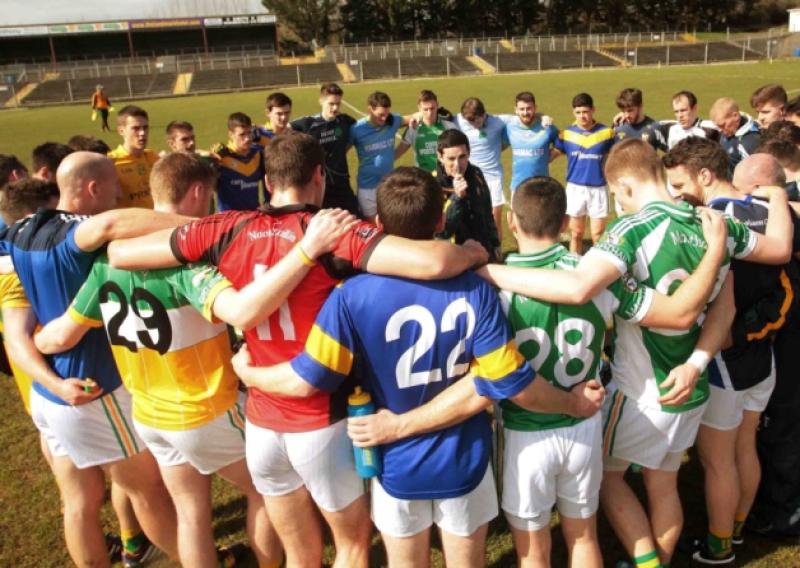 Having seen his side claim their third successive League victory, Shane Ward was in upbeat mood when speaking after Saturday’s five point win over Waterford.

Having seen his side claim their third successive League victory, Shane Ward was in upbeat mood when speaking after Saturday’s five point win over Waterford.

Reflecting on Saturday’s win over Waterford Shane was pleased with a number of aspects of his side’s performance but stressed the players will continue to work hard, aiming to put right some aspects of the performance he wasn’t entirely satisfied with.

“I’m reasonably pleased”, was Shane’s initial assessment when reflecting on the game. “Again we worked on a few things in training and for large parts of the game we put them into practice but not for all of the game so that’s something we need to work on again in training.”

Looking for positives from Saturday’s performance, Shane was particularly pleased with how his side played during the opening 35 minutes.

Another pleasing aspect was that Leitrim had seven different scorers during the opening half with Shane noting, “The boys are taking the right options up front and I suppose it’s a very simple thing to learn as a young footballer but it’s very important that you make the right decisions and it was very pleasing that we had seven shooters on the scoreboard in the first half. I thought Shane Moran kicked two fantastic scores from midfield and moved nicely into space.”

Waterford introduced Tommy Prendergast for the second half and that signalled an improved performance from the Munster men with Shane acknowledging Leitrim didn’t start the second half particularly well.

“We struggled to get started in the second half but once we got going we were fine. It’s not a matter of switching the light switch on and off.”

The key for Leitrim as they look ahead to the Connacht Championship will be to produce a 70 minute performance with Shane stating one of the keys to the team’s development will the experience gained by the squads younger members.

“A young team needs experience and the only way they will get that is by making mistakes on the field and we have given them the time to do that. There is no quick fix and you won’t sort it out in one game and they have been working hard to clear that up in the last few games and it’s improving and I’m happy with the performance.

“We used a massive number of players in the League, even though that may not be evident to the naked eye, we used a lot of players and most of the panel have got on and played in the National League which is fantastic. All of these squad guys are well able to play in the National League which is also fantastic, something we maybe didn’t have in years gone by. That bodes well for the future, these young guys are ready to get on to the field and their time will come.”