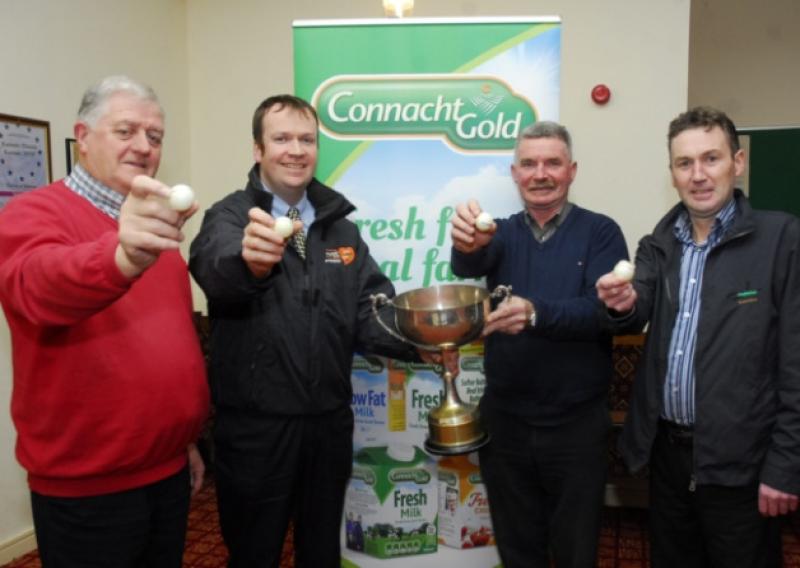 The gasp that went up after the name of Melvin Gaels was pulled out of the hat left you in no doubt what the big story was from last Monday’s 2014 Leitrim Club Championship draws in the Bush Hotel.

The gasp that went up after the name of Melvin Gaels was pulled out of the hat left you in no doubt what the big story was from last Monday’s 2014 Leitrim Club Championship draws in the Bush Hotel.

The gasp and even chuckles and shouts greeted the news that Melvin Gaels would be joining defending champions St. Mary’s Kiltoghert and their great rivals Glencar/Manorhamilton in what automatically became the dreaded “Group of Death”.

Aughawillan, the first team out of the hat, were almost forgotten by delegates apart from expressions of sympathy from other clubs but with three teams emerging from two of the three groups, the Group of Death is no longer as fatal as it once was in the days of three team groups.

All it will take to either grab the best third place team spot or a place in a playoff is one victory and Aughawillan, no strangers to fighting against the odds, are probably the best equipped and most motivated club to deal with the draw from hell.

The GWP Intermediate grade promises just as much exciting with a repeat of last year’s Final between champions Glencar/Manorhamilton and Eslin in the very first round while the presence of Ballinamore Sean O’Heslin’s and Drumkeerin make Group One the Group of Death in this grade.

In the Pyramid Bookmakers Junior A Championship, the only first string team in action is Aughavas who will face neighbours Carrigallen in their first game along with matches with Annaduff and Gortletteragh.

With the new format, which proved such a success last year, predicting favourites is almost impossible, particularly with the prospect of three teams emerging from two of the three groups.

One factor that could come into play is the fact that teams who meet in the Group stages cannot be drawn against each other in the quarter-finals, a fact that might actually make it a bonus to be drawn in a so called Group of Death!

All in all, it promises an exciting summer of football.