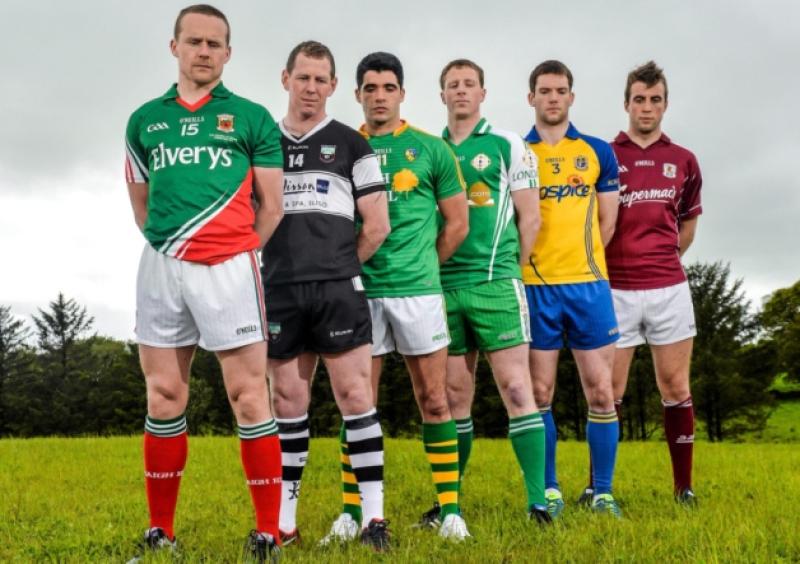 Roscommon maybe hot favourites for next Sunday’s clash in Hyde Park but Niall Carty is insisting that his team will be taking nothing for granted.

Roscommon maybe hot favourites for next Sunday’s clash in Hyde Park but Niall Carty is insisting that his team will be taking nothing for granted.

Asked about the challenge ahead at the Connacht GAA Press launch in Ballyhaunis last week, Niall said “Obviously there’s a rivalry there over the last few years. The last few times we’ve played Leitrim they’ve beaten us in the FBD.

“So it’s one that we won’t be taking for granted. It’s in the Hyde so it’s going to be a big game. 2011, we played them in Carrick-on-Shannon, it was a miserable day.

“I would have been full-back that day. I remember the conditions being brutal, I remember getting a good start and that’s what set the tone for the rest of the game and we were lucky enough to pull away a small bit.”

And Niall sees Leitrim and Emlyn Mulligan in particular as a real threat to Roscommon’s plans - “They (Leitrim) have been very competitive, they beat us twice now so I can’t see the same really happening again it’s going to be a tight game.

“Emlyn is a good player obviously and they have a few very good footballers there so we will have our hands full.”

Roscommon will start as favourites after winning the Division 3 crown and seeing their U21s reach the All-Ireland Final - “We were lucky we had competitive games right up until two weeks ago so hopefully that will stand to us on Sunday.

“The final against Cavan, again it was great to get a win in Croke Park. Only two or three of the lads have ever won in Croke Park so that was fantastic as well.

“The U-21s did great this year, the final was disappointing but they had a great run and there is some very good underage coming up from the county.”

Roscommon’s forwards will pose a different threat with Donal Shine operating at centre-forward and Cathal Cregg at full-forward and Carty sees the benefit for the Primrose & Blue - “Donie’s (Shine) a fantastic player, the more times he’s on the ball, the better for us. A few years ago Donie would have been in full-forward and Cathal might have been out wing-forward so John (Evans) has changed it around a small bit and it has been going so well so far.”

The impact of manager John Evans has been seen in the high scores run up by the Rossies during the year and Niall paid tribute to the influence of the Kerry native - “I suppose in the league we would have been lucky enough to put up a few scores and in fairness John’s getting the most out of us going forward.

“What we were looking at this year is the league and to get promotion, we’ve achieved that. We haven’t got a win under John Evans in the championship yet so that’s our target. We’re not looking past Leitrim at the minute, I don’t think we can afford to.

“John just loves football and he’s a pure football man. And he’s a character, you’ll get a few wise words off him alright. I won’t say no more,” concluded Niall.