Improved showing from Under 21s 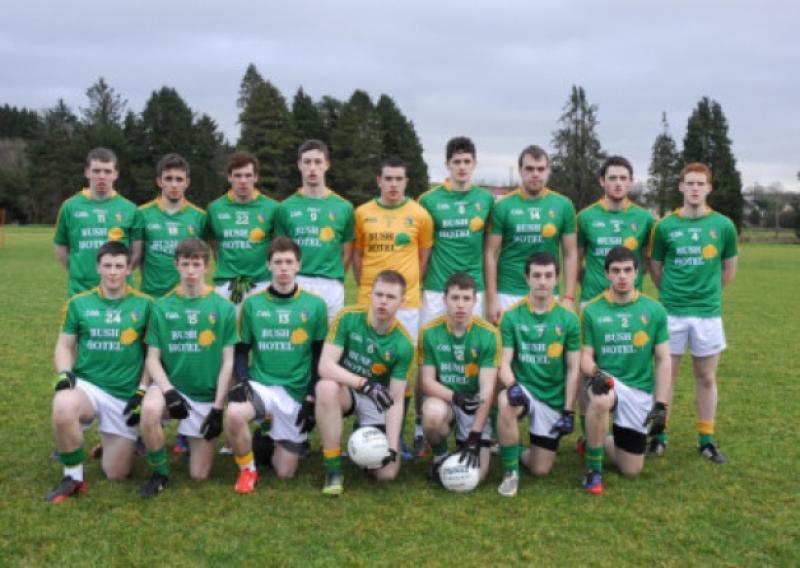 Despite losing their second Hastings Cup encounter, Leitrim delivered a much improved display last Saturday against Meath in Oldcastle.

Despite losing their second Hastings Cup encounter, Leitrim delivered a much improved display last Saturday against Meath in Oldcastle.

The second defeat in the U21 campaign knocks Leitrim out of the running but they will take a lot of heart after a performance that deserved more than the two point loss.

Indeed, Leitrim were left somewhat aggrieved when even Meath supporters conceded what looked a legitimate goal was ruled out by ther referee for a square ball infringement in the opening minutes of the first half.

The win puts Meath into a strong position to qualify either as a group winner or best runner-up when they tackle Tipperary in the third round of their group next Saturday.

Leitrim face Wicklow next Saturday in Aughrim (2pm throw-in) in a game that will give manager Shane Ward the chance to further experiment ahead of the championship meeting with Galway on March 22.

However, Ward will be pleased by a much improved display from the U21 side despite fielding a team that showed 11 changes from the team that took to the field against Tipperary.

Leitrim played some good football and were well worth a 0-9 to 1-5 interval advantage as they picked off the points impressively and recovered from the concession of a 17th minute goal by Joey Wallace for Meath.

Leitrim battled tenaciously and punished Meath’s inability to defend without conceding frees, although only one point was from Ronan Flynn’s placed ball in that opening half, he also sent over three from play. Shane Quinn (two), Niall Brady and Thomas Mulvey added the other scores.

Leitrim dictated the early second-half exchanges and were ahead by 0-11 to 1-6 by the 10th minute with McHugh and Brady on the mark.

A series of Meath switches saw the home side charge back into the game as the Leinster men cracked a shot against the crossbar.

Despite missing the goal, Meath were inspiried and it signalled a period of sustained Meath pressure during which the Royals regained the lead with points from Mattimoe, McEntee, Anthony Burke and Adam Flanagan for a 1-11 to 0-11 advantage.

Leitrim rallied late on through a brace of McHugh pointed frees but Meath held out thanks to a late point to take the victory.