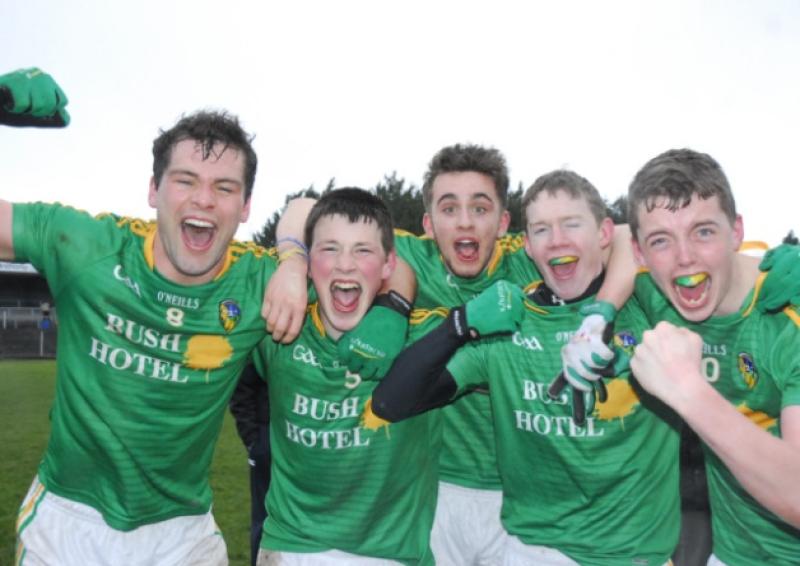 Last Saturday was a truly special day for all associated with Leitrim GAA and attention is quickly turning towards the next challenge.

Last Saturday was a truly special day for all associated with Leitrim GAA and attention is quickly turning towards the next challenge.

The minor team recorded their second successive win in the Connacht Minor League, and the hurlers booked their place in the National Hurling League Division 3B Final. While those wins were special, the real story was the success of the U-21 team as they qualified for next month’s Connacht Final.

To put into context the significance of Leitrim’s victory over Galway, it is important to remember they had not won a Championship game since 1998 and Saturday’s win was against the All-Ireland Champions.

Senior team manager Sean Hagan was in attendance and he was full of praise for all involved.

“The win was down to the fantastic work ethic,” said Sean adding, “There is a belief coming back into Leitrim football. Every player believes he is as good as anywhere else in Connacht. I must compliment the management, they had a tremendous gameplan and it worked out fantastically.”

Sean also praised the minor team and their manager Enda Lyons, saying, “He is a busy man but it was a great win.”

U-21 manager Shane Ward agreed Leitrim football is enjoying an upturn in fortunes and put that down to hard work and belief.

Attention now turns to the penultimate round of the NFL Division 4 and with Tipperary visiting Carrick-on-Shannon on Sunday, Sean is hoping for a big crowd.

“The way we are looking at it, it is the biggest league game for six years and we would ask the supporters to get out in force behind the team. The lads respond to support, it’s a must win game for us and the crowd can be worth a few points.”

Sunday will be the first time this year Leitrim will take to the field after defeat but Sean has no fears of a hangover from the loss to Waterford saying, “There is no doubt in our minds the lads will respond. Leitrim supporters have been waiting a long time and this is a glorious opportunity to get out of Division 4. The lads know that it will take a massive performance.”