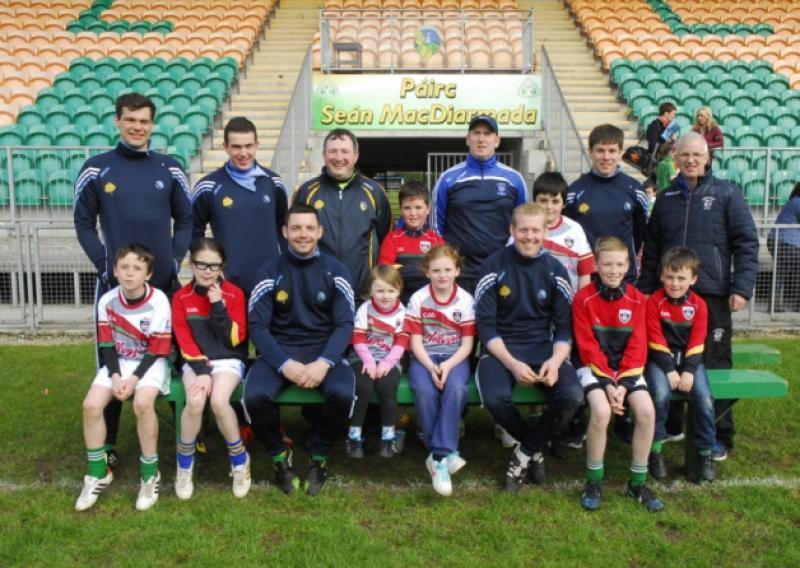 Kellogg’s GAA Cúl camps: This year there are some exciting changes to the kit, with a stylish new half zip top and T-shirt replacing the original jersey, togs & socks.

Kellogg’s GAA Cúl camps: This year there are some exciting changes to the kit, with a stylish new half zip top and T-shirt replacing the original jersey, togs & socks.

The backpack is still part of the new kit, while the cost of attending the camps remains the same as the last number of years. On-line registration is now available and we would encourage parents to use this method of registration if convenient as it greatly helps with assigning coaches etc to the camps.

Standard application forms will be available through the schools from next week. The following are the dates and venues for the Kellogg’s GAA Cúl camps 2015 in Leitrim:

Free places competition: A chance to win a free place at any of this year’s Leitrim Kellogg’s GAA Cul camps will commence in the Leitrim Observer in the next few weeks.

2015 U14 Academy trials: The second of our Trials for this year’s U14 County talent academy took place in Cloone on Saturday last. 30 boys took part and we would like to thank each and every one of them for having the interest to attend. A further trial for players selected from the first two trials will take place on Friday evening next May 29, at 7pm. Venue to be confirmed. Players for this trial will be contacted during the week.

Hurling Blitz: This year’s U8,10 & 12 hurling blitz will commence on Wednesday May 27, at 7pm in St. Mary’s GAA grounds Carrick-on-Shannon.

Contact: For further details on any of the above contact Padraig McGourty 086-8106431 or coachingofficer.leitrim@gaa.ie or Thomas Keenan 087-6591049 or thomas.keenan.gm.leitrim@gaa.ie.