Eslin go for glory as 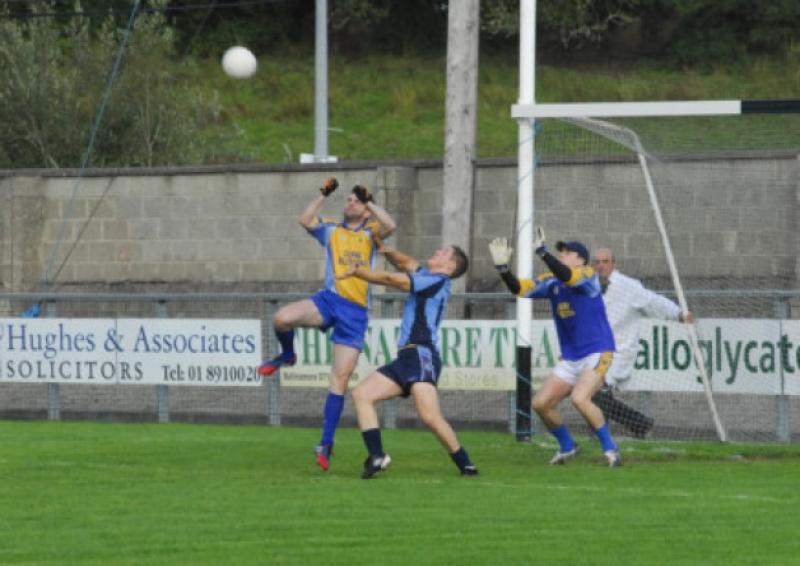 Leitrim GAA face a hectic 48 hours next weekend with eight Finals and a Connacht Club Championship encounter all down for decision.

Leitrim GAA face a hectic 48 hours next weekend with eight Finals and a Connacht Club Championship encounter all down for decision.

In what is officially regarded as the start of the GAA’s closed season next weekend, Leitrim GAA faces a hectic schedule at a time of the year when the availability of pitches is drastically reduced.

Eslin’s Connacht Club Intermediate clash with Boyle takes centre-stage on Sunday in Pairc Sean Mac Diarmada, with a 1.30 throw-in, but it must also fight for attention as the Gallogly Catering Division One and Two Finals are also down for decision on Sunday.

The Division One decider features a mouth-watering clash between Glencar/Manorhamilton and Mohill in Drumshanbo at 3.30 (which must raise the possibility of the game finishing in near darkness if the bad weather continues) as the north Leitrim men seek a measure of revenge against the team that knocked them out of the championship.

The Division Two decider has also been fixed, no venue announced, as Aughnasheelin take on Drumkeerin at 12.00.

Sunday also features two U16 Championship Finals, the 13-a-side and 11-a-side B Finals and the Ladies U-16 B Final.

The scheduling of the games creates a real dilemma for any sporting fans, whatever about the media, hoping to take in a few games, over the weekend.

Eslin’s preparations for the clash with the Roscommon champions have hardly been ideal as they suffered a heavy 2-16 to 1-12 defeat to neighoburs and fellow parishioners Mohill last Sunday, a result that denied them a promotion and a place in the Division 3 Final.

Indeed, Eslin have had just two League outings since they lost the Intermediate Final to Glencar/Manorhamilton in September and they have also lost some players to emigration, a situation that must hurt their chances even further.

Boyle come with an impressive reputation and an array of Inter-county players but Eslin will be hoping that if they can supply enough ball to the deadly Conor Beirne, they could bring off a major surprise. The odds are against it but Eslin have been battling against the odds all the time and are well used to it by now!