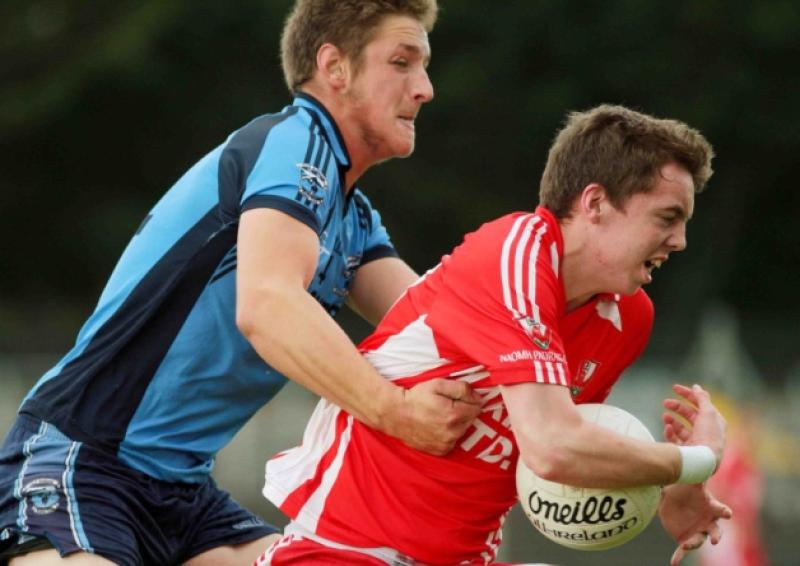 Dromahair took a big step towards retaining the U-21 B Championship when they comprehensively beat Carrigallen last Saturday .

Dromahair took a big step towards retaining the U-21 B Championship when they comprehensively beat Carrigallen last Saturday .

Despite the heavy rain that fell on Saturday the pitch in Aughawillan was in very good condition and from the opening stages Dromahair took the game to their opponents in a clinical manner.

Cian Clinton and Michael Clancy both had strong games in midfield while Gerard Kelly, Jamie Conlon and Bertie Cunningham all caught the eye for a Dromahair team who rarely looked troubled.

The tone for the game was set when Jamie Conlon scored a fine point in the third minute and that lead was extended with Cian Clinton and Gerard Kelly both pointing.

Having offered little as an attacking threat Carrigallen registered their first point in the seventh minute when Gerard Percival pointed and a minute later Carrigallen took the lead when they scored the game’s opening goal.

Percival’s shot came back off the Dromahair upright and the quickest to react was Conor Doonan who found the back of the Dromahair goal from close range.

That lead wasn’t to last long as Dromahair hit back with two Cian Clinton frees to edge back in front.

A fine individual point from Conor Doonan kept Carrigallen in touch but in reality they were living off scraps at this stage of the game.

A succession of wides meant Dromahair were struggling to truly have their dominance reflected on the scoreboard and points from Carrigallen’s Gerard McDermott and Conor Doonan meant the sides were level with nine minutes of the half remaining.

Those score brought a positive reaction from Dromahair who struck for their first goal when Gerard Kelly, Cian Clinton and Gary Fowley combined to find Michael Clancy who finished confidently.

Further points saw Dromahair extend their lead to five points and on the stroke of half time they scored a fine second goal with Bertie Cunningham this time the man on target.

Leading 2-9 to 1-5 as the second half got underway Dromahair scored four early points to further extend their lead.

Although Carrigallen replied with a Sean McCabe point, the result was put beyond any doubt when Cian Clinton converted a penalty and he later scored a fine individual point.

The final quarter saw both sides make a number of changes as the game lost its intensity but Dromahair have certainly signalled their intention to retain the title they won last year.