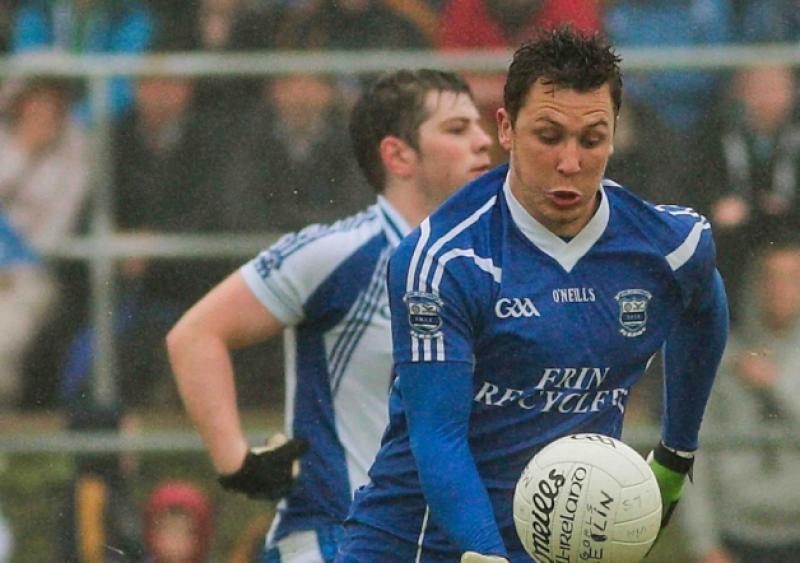 Leitrim and Melvin Gaels could be set to lose the services of another star after the Observer has learned that Paul Brennan has lodged a transfer request.

Leitrim and Melvin Gaels could be set to lose the services of another star after the Observer has learned that Paul Brennan has lodged a transfer request.

The Leitrim Observer has learned that the Kinlough clubman has applied for a transfer after the Bundoran GAA Club and the Donegal GAA County Board approved his transfer and lodged the paperwork with Croke Park.

When contacted on Tuesday afternoon by the Observer, Paul declined to make any comment on the matter but his absence would be a shattering loss to Melvin Gaels.

The Observer understands that the transfer papers were lodged with Croke Park last Friday amid mounting speculation that the energetic Leitrim wing-back could also be throwing his lot in with the 2012 All-Ireland Champions next year.

It is believed that Brennan’s proposed transfer was discussed by a meeting of the Melvin Gaels club last night (Tuesday evening) before it goes before the County Board.

Under GAA rules, a transfer would go through ten days after the receipt of the paperwork provided there was no ojection. However, the process could be speeded up considerably if the Mevlin Gaels club and the Leitrim County Board agree to the transfer.

The loss of Brennan would be a body blow for Melvin Gaels, coming hot on the heels of the loss of ace-forward Emlyn Mulligan to Dublin’s St. Brigid’s in 2012. And with the Kinlough men seeking a quick return to the Senior ranks after their relegation to the Intermediate grade, the loss of the Leitrim star would be a major blow.

Indeed, his absence earlier this year after receiving a 12 week suspension for an incident in the Senior Club Championship clash with St. Mary’s robbed Melvin Gaels of one of their inspirational leaders as their campaign ended in relegation just two years after winning the Fenagh Cup.

With speculation growing that Brennan is also on Donegal’s radar, the possible loss of Brennan would be a huge blow for new Leitrim manager Shane Ward ahead of the 2015 season with the departure of Emlyn Mulligan compounded by the retirements of Ray Cox and James Glancy.

It is also believed that Wayne McKeon, Conor Beirne & Gerry Hickey will not be involved next year while Robbie Lowe has yet to commit.

However, there is good news with the return of Cathal McCrann to training while a number of last year’s Minor and U21 teams have also joined the squad.