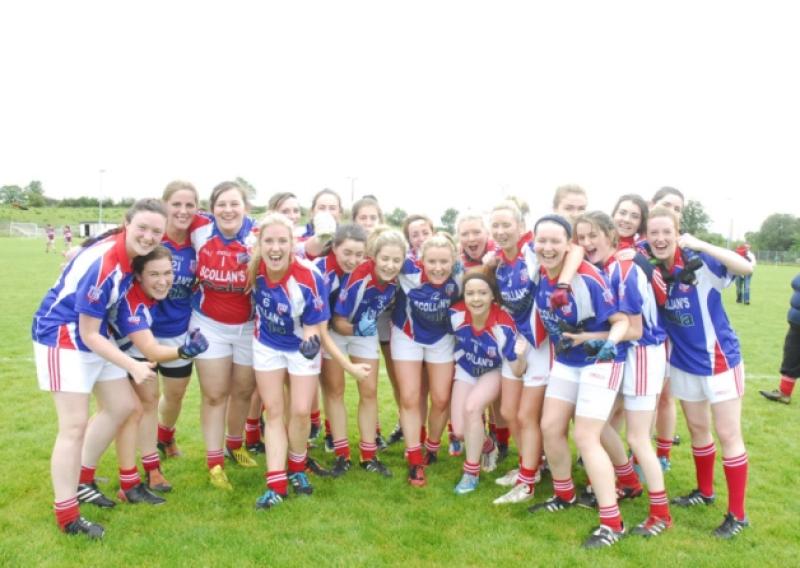 Aughawillan will meet Kiltubrid next Sunday in the Cox’s Steakhouse Leitrim Ladies Senior Championship Final in Ballinamore in what is a repeat of this year’s League Final.

Aughawillan will meet Kiltubrid next Sunday in the Cox’s Steakhouse Leitrim Ladies Senior Championship Final in Ballinamore in what is a repeat of this year’s League Final.

Aughawillan ran out easy winners in the League Final back in May but Kiltubrid, who easily overcame Glencar/Manorhamilton last Sunday in the other semi-final, are bolstered by the addition of County stars Michelle & Emma Guckian onto the Kiltubrid panel.

That League Final was played at 13-a-side while Sunday’s decider, throw-in at 2 pm, in Pairc Sheain Ui Eslin, will be 15-a-side and it will test the strength of both teams.

Aughawillan overcame defending champions Dromahair the narrowest of margins, 2-8 to 2-7, in their semi-final to return to the Senior Final for the first time since 2013.

Dromahair opened the scoring with a Mairead Fowley point less than a minute into the game, Aughawillan hitting back with an equaliser. County star Aileen Maguire then burst into life with a free and before she rattled the Dromahair net with a powerful strike seven minutes into the contest.

Another Maguire point meant Aughawillan led 1-3 to 0-1 after just ten minutes before Roisin Fowley replied with a point on 14 minutes but Aughawillan continued to add scores, three points by the 20th minute.

Dromahair gave themselves a lifeline when Mairead McMorrow drove out of defence from the halfback line only to be fouled in the square, Leitrim star Anna Conlan driving the resulting penalty to the Aughawillan net.

Both sides hit wides before the break as Aughawillan led by a commanding 1-6 to 1-2 at the halftime break but Dromahair started strongly in the second half with two points in the first four minutes with one from the boot of Conlan.

However, Aileen Maguire struck for a second crucial goal and they added a point on ten minutes to extend their lead. With both teams making changes, Aughawillan stretched their lead to seven points after 16 minutes.

And the lead could have been ten had Dromahair keeper Niamh Kelly not made a great save from a close range shot, Anna Conlan reducing the gap with a point from play.

Conlan then turned provider as her pass found former county star Roisin Fowley who blasted the ball to the ent with seven minutes to go.

Aughawillan introduced veteran Mary McKeon to shore up a tiring defence and as both teams missed chances, Dromahair increased the pressure with points from Roisin Fowley and Conlan to leave the gap at one point.

Dromahair couldn’t get any closer as Aughawillan held on for a narrow victory.