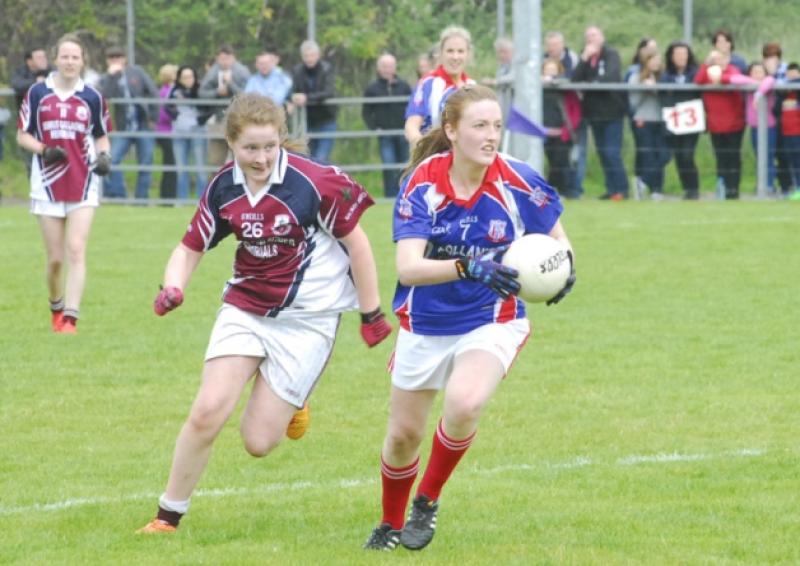 Strictly Come Dancing: Annaduff G.A.A is delighted to announce that Strictly Come Dancing is coming soon. Participants will undergo an intensive preparatory programme with experienced instructors. This will culminate with a Gala Performance in November. Information available from club officers.

Division 2: We drew 1-12 to 0-15 with Leitrim Gaels in Leitrim on Saturday.Leitrim led by 0-5 to 0-0 after 15 minutes. Sean McNabola got Annaduff’s first point in the 18th minute, he followed this with a goal and a point to put the teams level. There was a succession of scores from both teams before the break with Annaduff leading at the interval by 1-7 to 0-7. By the 40th minute Annaduff had increased their lead to four points. Leitrim then scored five points in a row to go one ahead with three minutes remaining. Sean McNabola equalised and sub Cathal Cox pointed to put Annaduff in the lead. In the final minutes Leitrim got a deserved equalising point Team: Kevin Ludlow, Chris Farrell, Nigel Cox, James Cox, Dillon Keane, Niall Tighe, Brendan Guckian, Ronan McCormack, Eoin Gill (0-2), Gavin O’Brien (0-1), Francis McNabola, Alan Glancy (0-2), Sean McNabola (1-6), Sean Duignan. Subs used: Hugh Moylan, Noel Ward, Cathal Cox (0-1), Aaron Duignan, Dean Gill.

Marriage: Congratulations to Brendan Guckian on his marriage to Laura O’Brien, Cashel, Co. Tipperary. We wish them many years of happiness.

Table Quiz: Annaduff Bord na Og are holding a Table Quiz on Friday September 18, in Taylor’s, Drumsna starting at 9.30 sharp. Proceeds will help to pay for the GAA kit for the U6 Boys who joined the club this year. Tables of four at €40 per table. Good prizes on offer, it’s a fun night for parents and an opportunity for those new to the area to get to know others. Your support would be appreciated by all the coaches involved. To enter a team please call Padraig Fitzsimons at 0876579415 or Ronan Mooney.

Cake Sale: Cake Sale: We are hold a cake sale in the community centre next Sunday September 13, to raise money for our underage teams, we are hoping to do something with them before they finish up for this year.

We would ask that all our parents would bake something and drop it into the hall before mass on Sunday hall will be opened from 10.30am

U8-10: Our U8/10 had a very successful blitz on Saturday last and they were joined by teams from Manorhamilton, St Mary’s, Mohill and Kiltubrid

U12: Our U12 girls are out on Thursday evening they will play St Joseph’s at home at 7pm as our competition is coming to a close we would ask if you could come and give lots of support for the girls

U16: This competition will continue on Tuesday evening

Juniors: The ladies lost out to St Joseph’s at the weekend in the junior final, well done to Anselm and the girls in reaching the final and for some great performances in the championship where the lost out on scoring differences.

Minor: Minor girls please keep an eye out on facebook for training and fixtures.

Playoff: We were beaten by St. Barry’s in the Intermediate football relegation play off game played in Tarmonbarry on Sunday last. The final score was St. Barry’s 1-11, St. Ronan’s 1-8.

Lotto: There was no winner of the lotto jackpot when the draw was held at the weekend. The numbers drawn were 19, 21, 23 and 28. Consolation prizes were won by the following €70 Detti McNiffe, Arigna, €30 Tania Phillips c/o Roddy’s, €15 Stephanie Gray Ballyfarnon, Peter Haran Keadue, Tommie Shivnan, Ballyfarnon. The jackpot next week will be €4,600 and the draw will be held in Killoran’s.