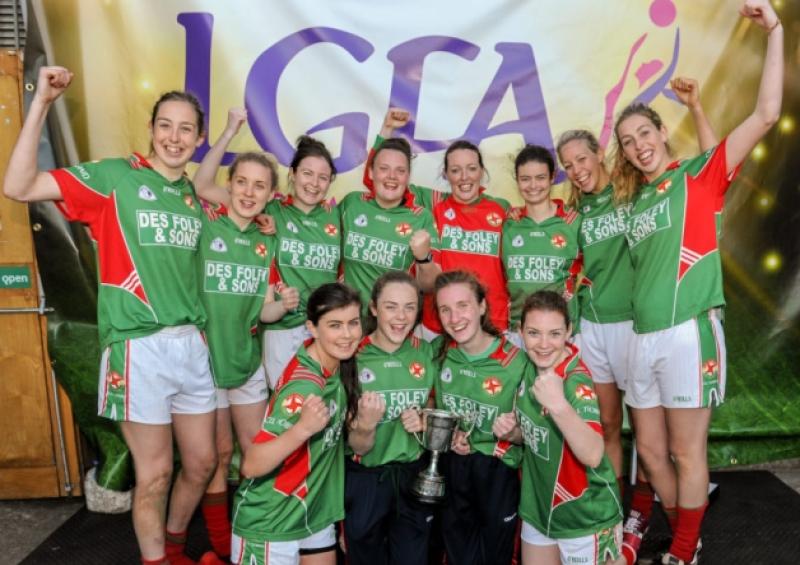 Kiltubrid created another slice of history, a first for any Leitrim team, when they won the Senior Shield title at last Saturday’s Ladies All-Ireland Sevens Finals in Portmarnock.

Kiltubrid created another slice of history, a first for any Leitrim team, when they won the Senior Shield title at last Saturday’s Ladies All-Ireland Sevens Finals in Portmarnock.

Fresh from winning their first ever Leitrim Senior title, Kiltubrid defeated newly crowned Dublin champions Foxrock Cabinteely, who supply a large contingent to the Dublin Senior team, in the final by three goals, 6-5 to 3-5.

Kiltubrid’s journey to the title had an unusual start as only the top team in each group qualified for the Cup section with second place going into the Shield competition.

Kiltubrid were tied for second with Thomas Davis of Dublin and after a best of five “free-kick” shoot-out ended all square on four apiece, Caroline Doherty emerged as the hero as she scored the decisive free after three misses from both teams during sudden death frees.

Kiltubrid went on to defeat Templeport of Cavan 5-11 to 3-5 in the quarter-final before seeing off The Banner from Clare 5-4 to 3-5 in the semi-final, a game where Leitrim keeper Michelle Guckian made an outstanding contribution by saving a series of shots from the Clare team.

Galway’s Kilkerrin Clonberne, who topped Kiltubrid’s group, went on to contest the Cup Final before losing to Emyvale of Monaghan.