Concentrating on faith rather than fate 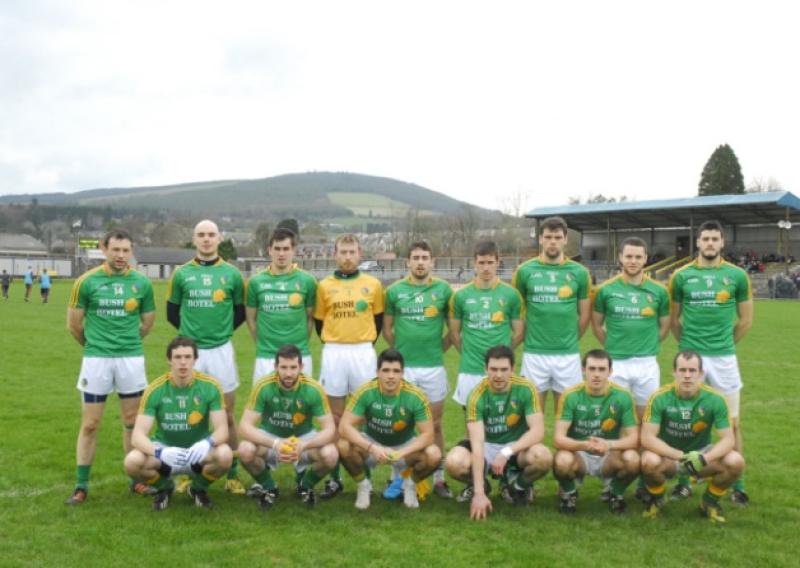 Despite the stiffness that was settling into my legs following the completion of the trail half-marathon in the Wicklow mountains earlier that morning, there was quite the spring in my step leaving Aughrim following Leitrim’s comprehensive win over the Garden County.

Despite the stiffness that was settling into my legs following the completion of the trail half-marathon in the Wicklow mountains earlier that morning, there was quite the spring in my step leaving Aughrim following Leitrim’s comprehensive win over the Garden County.

The victory, built on the back of a performance that progressed as the game wore on, leaves the matter of promotion from Division 4 entirely in the squad’s own hands. To be in control of one’s own destiny is the only thing we can ask for in this life and in this game.

For some, however, it can be a frightening thing to be responsible for your own fate. Many people prefer to be able to hand over their destiny to the peculiarities of chance and the capricious nature of, well, nature, or at least some external entities they feel are beyond their mastery. This is why the practise of tarot card reading and fortune telling remains incredibly popular even in this age of science.

No such cards exist on the playing field – although the black, yellow, and red card have their way of influencing the outcome of any match these days – but players remain in control of any action that could summons anything untoward from the referee’s black book of tricks. But, no black arts at work there.

The bookies, too, try their damnedest to predict a future none of us can know, and often this very act can influence the way events turn out. The receipt of a label identifying you as a rank outsider is enough to convince some teams or individuals that the odds are stacked too unfavourably against them, and as such, succumb to the inevitable fate allocated to them by someone with no real influence on the outcome of a game.

We also allocate the providence of events in matches to divine intervention. Wicklow missing the penalty at the start of the second half could have been put down to the fact that we were destined to win in Aughrim.

That it was ‘our day’. The fact of the matter is that Wicklow’s wing forward Paul Earls, a contender for man of the match, pulled his penalty just too far to the right and smacked it off the post. It came down to a slight miscalculation as his stuck the ball with his left boot. Much as we might like to believe that the big man up above is a Leitrim fan, the miss had nothing to do with an interventionalist god.

Earls’ miss didn’t lose the game for Wicklow either. His problem was that he was the only one really operating at a high enough performance level to consistently compete with Leitrim on the day, whereas the majority of the Leitrim team was tuned into the necessary higher frequency and tempo. Only three times in the game do I recall seeing a Leitrim man isolated and on each occasion it was due to the player taking an unnecessary touch and bringing the ball into the tackle rather than a lack of willing support from his team mates.

There remains plenty of room for improvement and plenty of reason for optimism. We missed too many chances that should have resulted in scores, but on the flip side we are creating scoring opportunities through a variety of channels. We are still a little susceptible to fast, high ball into the full back line, but show me a team that isn’t (as all the while Donal Wrynn continues to grow in stature as the formidable mould of an old-school full back encases all he does). Despite a growing injury list – unfortunately added to on Sunday when Fergal Clancy broke his collarbone while bravely putting his body on the line to win a ball that was not his to win – every sub that took to the field contributed handsomely, with Ray Cox really adding some incision to the attack (while his link play with Emlyn Mulligan was a joy to watch). And finally, while we struggled in the middle of the field in the first half, Darren Sweeney decided enough was enough in the second and lorded the space on a great day for the Glencar Manor side when no less than six players from the club concluded the game in the Green and Gold of Leitrim.

And so off we go to Dungarvan on Saturday. Despite all my ramblings above about destiny and fate being entirely in our own hands, footballers and athletes in general remain a superstitious people (much like the Irish I guess). The lads will all be sure they follow the same pre-match routines as they have done throughout this eight-match unbeaten run in 2014. Personally, if I thought running another half marathon the morning of the match would result in a performance and result like last Sunday’s, then sign me up and just point me in the direction of the Knockmealdown Mountains. And if I happen to see a few pairs of magpies this week too, then all the better. But even if I don’t, I have every faith in this team to do the business.