Hope remains but work to be done 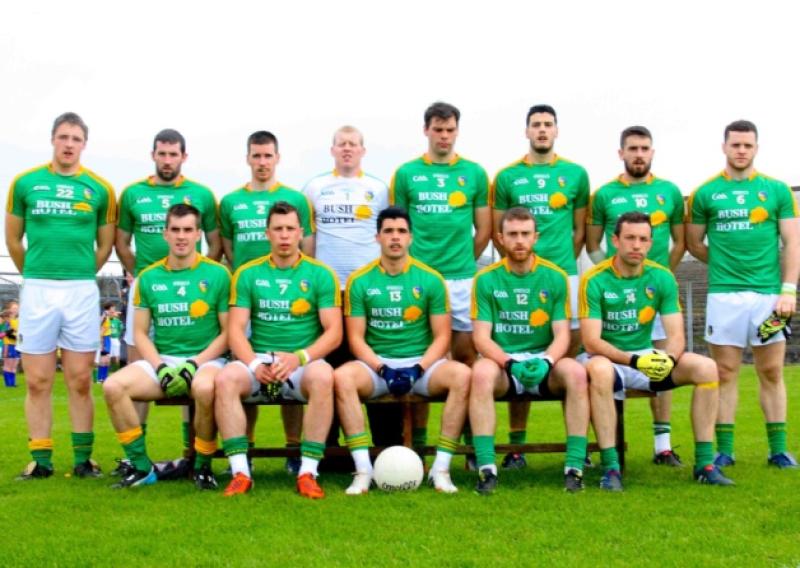 As the dust settles on a disappointing day for Leitrim football in The Hyde it’s important to take as constructive a view as possible from both the juniors’ and the seniors’ efforts.

As the dust settles on a disappointing day for Leitrim football in The Hyde it’s important to take as constructive a view as possible from both the juniors’ and the seniors’ efforts.

Unfortunately I was under the weather on Sunday and as a result unable to travel with the Melvin Gaels crew that made the trip from Dublin. A number of Leitrim folk in the 8,055 crowd that did make it to the game kept me up to date on events via text messages, while I flitted between the commentary offered by Brian Carthy and Ray Silke on Sunday Sport and Kevin Blessing on Ocean FM. The first half made for depressing listening.

There is no avoiding the fact we operated at a level that reflected our league standing at the moment – for too much of the game we played mid table Division 4 football and that was never going to suffice against a side that claimed the Division 3 title.

We needed to start the game with real intent based on a high-intensity tempo; instead we sat back and invited on a Roscommon team that was determined to lay down an early marker and deliver a few damaging blows to the visitor’s confident and belief.

I understand deploying a tactic of containment early on, but there has to be collective understanding by every player on the pitch as to how that was to be put into action. It was obvious from the named team that Barry McWeeney would be played in defence, but it seemed as if there was some confusion as to the role each individual player had.

That Roscommon managed to win the first seven kick-outs of the game placed undue pressure on our defence. You need to have an offensive outlet when playing a defensive format if only to give defenders a break. It also forces the opposition’s forwards into consider their defensive duties every now and again.

That didn’t happen in the first half for Leitrim. Despite having so many players behind the ball, Leitrim also allowed too much space to Roscommon players when they were kicking for points, as highlighted on the Sunday Game. Roscommon’s exceptional score taking didn’t help Leitrim’s cause either.

As the Rossies’ confidence soared, Leitrim’s seeped. Conceding 1-12 in the first half while playing a defence approach was unacceptable. So was not scoring from play.

The concession of 1-2 in first-half injury time – how many times have we done that this year?? –sealed our fate. While things obviously improved in the second half it would be foolish to read too much into that.

Yes the lads – inspired by captain Mulligan, McKeon, Conlon – managed to pull the game back to a five-point deficit and you could argue that if we hadn’t conceded that 1-2 we might have really had a game on our hands then. But we don’t know to what extent the comeback was facilitated by Roscommon taking their foot off the pedal and allowing their focus to drop somewhat.

Rob Lowe brought some impetus to our attack too and why he wasn’t started I’m not sure – perhaps form on the training field or maybe he was carrying a small injury.

Roscommon are a side we should seek to emulate in many ways. Through the deployment of a consistent approach they are progressing at a steady pace across all their age-brackets and they have created an on-going buzz around their teams that provides great momentum.

One of the reasons they can do so is that every club player of suitable standard wants to play for Roscommon at senior level. Can we say the same of Leitrim, or do we just not have enough players of sufficient quality? The standard of club football isn’t great at the moment and that is where the first steps have to be taken.

There remains hope, however. Take a look at the Junior team that was defeated by Sligo in the Connacht Final on Sunday. A few of those players certainly have the ability to be developed into senior footballers, while one or two who have played at senior grade before could feasibly still do a job for Sean Hagan as a panellist if not a starter.

In a county of Leitrim’s limited pick absolutely every player with inter-county potential must be at the disposal of the management team. Sean and his team saw a lot of players during the open trials when he took charge but how many did not attend?

The reasons are manifold and some – such as injuries, work or family commitment – are unavoidable, but if we were competing for Connacht titles every year or pushing for promotion in Division 3 you can be certain every player would make whatever sacrifices necessary to be part of that set-up.

It’s a vicious cycle at the moment unfortunately. But that is why those players who do make the many sacrifices necessary to represent our county deserve our unwavering gratitude and support. Make sure you give it to them when the Qualifiers roll around, but probably more importantly in the intervening weeks.