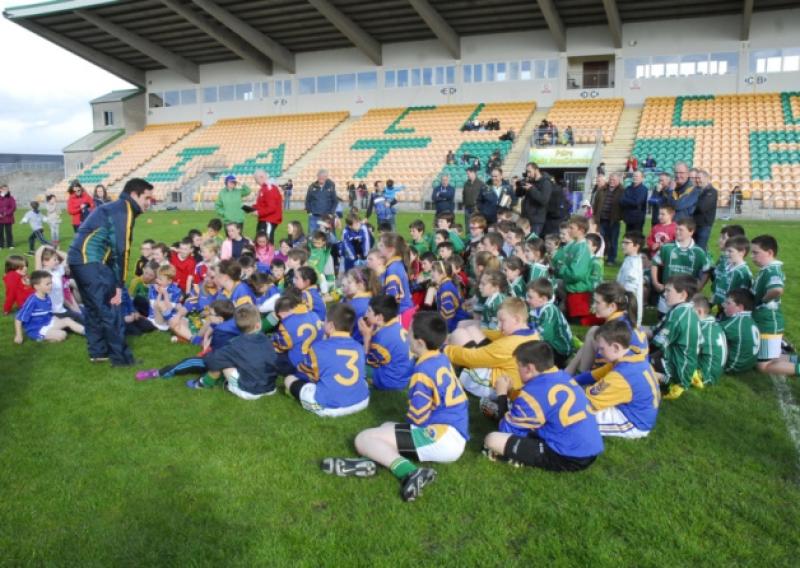 Leitrim will face Kevin Walsh’s Galway on Sunday week, May 17, in the Connacht Championship after the Tribesmen saw off New York last Sunday.

Leitrim will face Kevin Walsh’s Galway on Sunday week, May 17, in the Connacht Championship after the Tribesmen saw off New York last Sunday.

Galway overcame a bout of sickness in the camp to defeat New York 2-18 to 0-8 last Sunday in Gaelic Park and Leitrim manager Shane Ward is looking forward to the challenge of taking on Galway in Pairc Sean Mac Diarmada.

Speaking at the Leitrim GAA Open Night on Monday, Shane said “Galway is a fantastic team historically and they have been a very, very good footballing team over the last number of years.

“One thing about Galway is the way they play football, their style of football, their game structure is always fantastic to watch, they are always entertaining to watch and they always have massively influential players on the field.

“So we’re looking forward to that challenge, they are of course a powerhouse in Connacht and have been since forever really. In the National League, Galway are a Division 2 side and acquitted themselves well in Division 2 this year. Kevin Walsh has gone back to Galway this year and have been looking to consolidate in Division 2 and getting back up to Division One.”

As for himself, Shane admits he is looking forward to his first championship outing as Leitrim manager - “Yeah, definitely, couldn’t come at a better time of the year, the weather is starting to come good and we’re looking forward to the challenge.”

Galway had to overcome a stomach bug in the camp in New York that saw three of their starters ruled out of action before the game started in Gaelic Park.

• See next week’s Leitrim Observer for a full in-depth preview of the Connacht Semi-Final against Galway.