Pat thrilled with hunger and desire 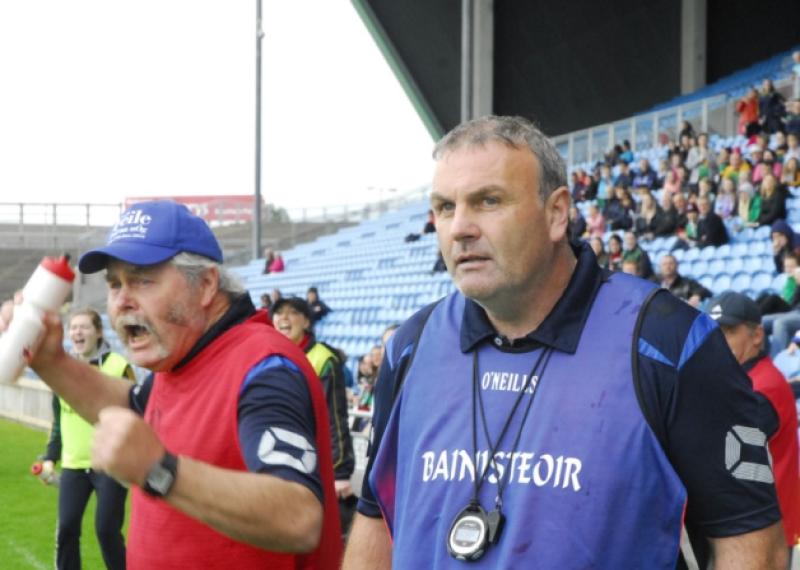 Leitrim manager Pat Costello was thrilled with the hunger and desire displayed by his team in the closing stages of last Sunday’s TG4 Connacht Intermediate Championship victory over Sligo.

Leitrim manager Pat Costello was thrilled with the hunger and desire displayed by his team in the closing stages of last Sunday’s TG4 Connacht Intermediate Championship victory over Sligo.

Pat told the Observer “I’m absolutely thrilled and the manner in which we won, we had to fight to the death for it, it was there for anyone to take it and I think we showed more hunger and more desire and I think the fact that we were Connacht Champions last year stood to them.

“Again, you knew were the dangers were with players like Katie Walsh and they were able to jump across and help in those situations. We got a lot of dirty ball today that we really scrapped for and decisions went our way, the breaks went our way.

“That’s all luck but it is all good luck and that’s part of it and I’m delighted for the women,” said Pat as the celebrations continued under the stand in McHale Park.

The manager was also thrilled with the manner in which Leitrim played the game - “To win it that way, it win it fair and square, to have our best 15 starting that we didn’t have all year, all through the National League.

“That may be harsh but that is reality so to come on today and survive 60 minutes of that and be Connacht Champions, I’m delighted for them.”

Pat also felt that Leitrim used the open spaces of McHale Park to great effect and the switching of positions between Aine Tighe and Dearbhaile Beirne paid off - “We kept moving it, we had Dearbhaile at full-forward, then centre-forward and we said it sort of back-fired so we put her back in again.

“But that is the ebb and flow of a game, players will get tired, breaks will open up and if you have someone with speed, speed was the answer today. For me, all 15 of them were Player of the Match, all 15 of them made important interceptions at vital stages of the game, they all did very well.”

Sligo manager Paddy Henry was gracious in defeat as he paid tribute to Leitrim - “We’re disappointed but you know in the build-up to the game, we knew it was going to be an awful tough game here today. When you beat a team three times, they’re going to come back at you hard and we were expecting that today.

“Fair play to Leitrim, they dug in deep today, you can’t take it away from them, they were the best team on the day and we won’t begrudge them it.”